'Existential' risk of climate crisis could lead to civilizational collapse by 2050: report 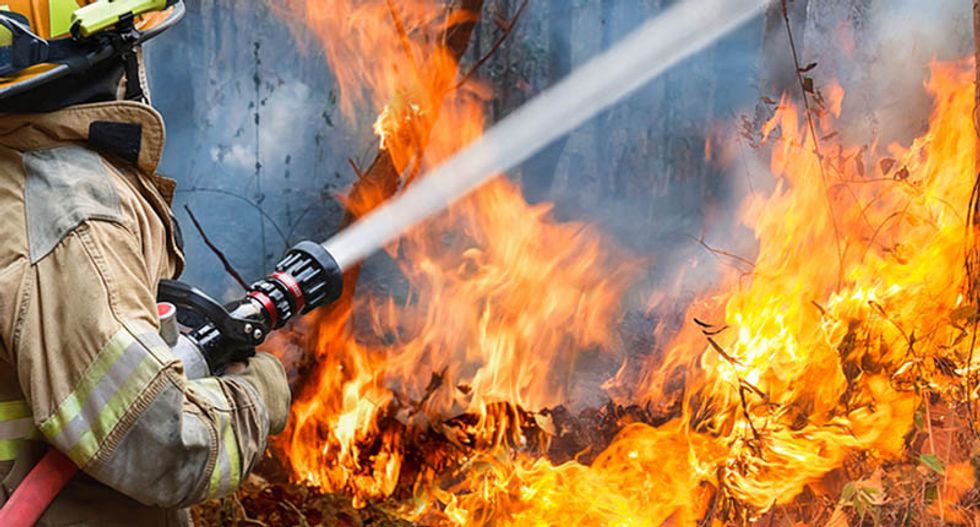 Even by the standards of the dire predictions given in climate studies, this one's extreme: civilization itself could be past the point of no return by 2050.

That's the conclusion from Australian climate think tank Breakthrough National Centre for Climate Restoration, which released a report (pdf) May 30 claiming that unless humanity takes drastic and immediate action to stop the climate crisis, a combination of food production instability, water shortages, and extreme weather could result in a complete societal breakdown worldwide.

"We must act collectively," retired Australian Admiral Chris Barrie writes in the foreword to the new study. "We need strong, determined leadership in government, in business and in our communities to ensure a sustainable future for humankind."

Though the paper acknowledges that total civilizational collapse by 2050 is an example of a worst-case scenario, it stresses that "the world is currently completely unprepared to envisage, and even less deal with, the consequences of catastrophic climate change."

David Spratt, Breakthrough's research director and a co-author of the group's paper, told Vice's tech vertical Motherboard that "much knowledge produced for policymakers is too conservative," but that his new paper, by showing the extreme end of what could happen in just the next three decades, aims to make the stakes clear.

"Because the risks are now existential, a new approach to climate and security risk assessment is required using scenario analysis," said Spratt.

The paper called on national security forces in Australia and across the world to step up to the challenge presented by the crisis.

"To reduce this risk and protect human civilization, a massive global mobilization of resources is needed in the coming decade to build a zero-emissions industrial system and set in train the restoration of a safe climate," the report reads. "This would be akin in scale to the World War II emergency mobilization."

On Tuesday, the idea of emergency mobilization akin to a world war was echoed by Nobel-winning economist Joseph Stiglitz in an opinion piece for The Guardian.

Stiglitz called on world governments to recognize the level of threat that the climate crisis presents and to act accordingly:

Yes, we can afford it, with the right fiscal policies and collective will. But more importantly, we must afford it. Climate change is our World War III. Our lives and civilization as we know it is at stake, just as they were in World War II.

Spratt agreed that a sense of collective urgency must be seen as the crucial element for world governments.

"A short window of opportunity exists for an emergency, global mobilization of resources, in which the logistical and planning experiences of the national security sector could play a valuable role," Spratt said.