Ex-evangelist blasts Christians who support Trump: 'A man who has turned their former religion into a cult' 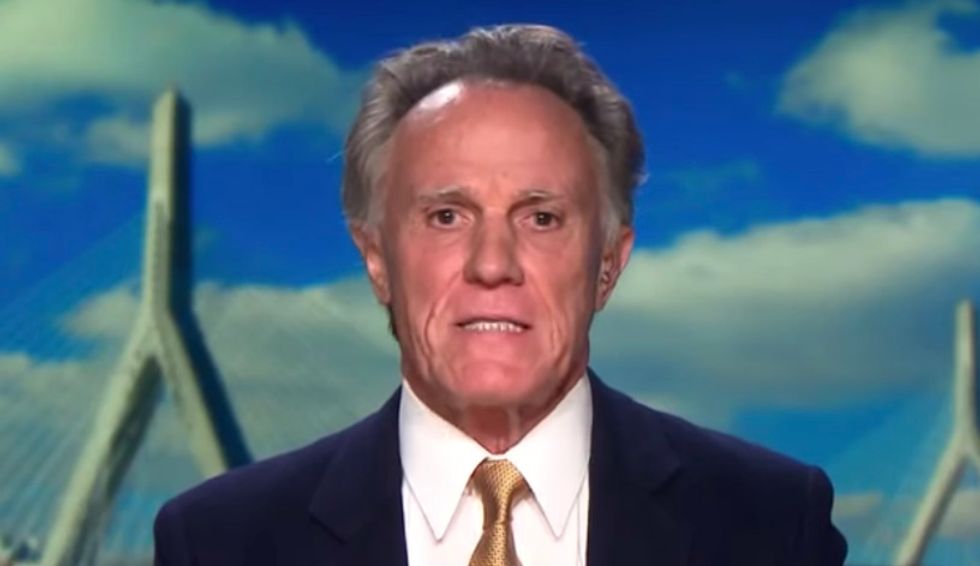 Appearing On MSNBC’s “Am Joy,” a former evangelist rained holy Hell on evangelicals who still support Donald Trump despite his almost countless number of sins that they normally would abhor.

Along the way, Frank Schaeffer, who left the church and now professes to be an atheist, took a shot at diehard Trump fan Franklin Graham.

Addressing Graham’s Days of Prayer, where he is imploring followers to pray for Trump, Graham expressed disgust.

“Evangelicals who are more progressive unite in not only opposing Donald Trump but the kind of compassionate Christianity that is revolted by children in cages, by the overt racism and the call to white nationalism,” he raged. “Sadly that is not the Trump voter.”

“They have voted for a man that not only denies the basic teaches of Jesus Christ but a man who has turned their former religion into a cult,” he continued. “They no longer see President Trump as a political figure judged like other political figures. They’re doing not only days of prayer for him but saying he has been brought by God to America to save America.”

“This is a program of authentic theocracy that is far more like Trump’s friends, the Saudi Arabians than with anything traditional about American religion even back to the colony here in Massachusetts where I’m sitting,” he concluded.