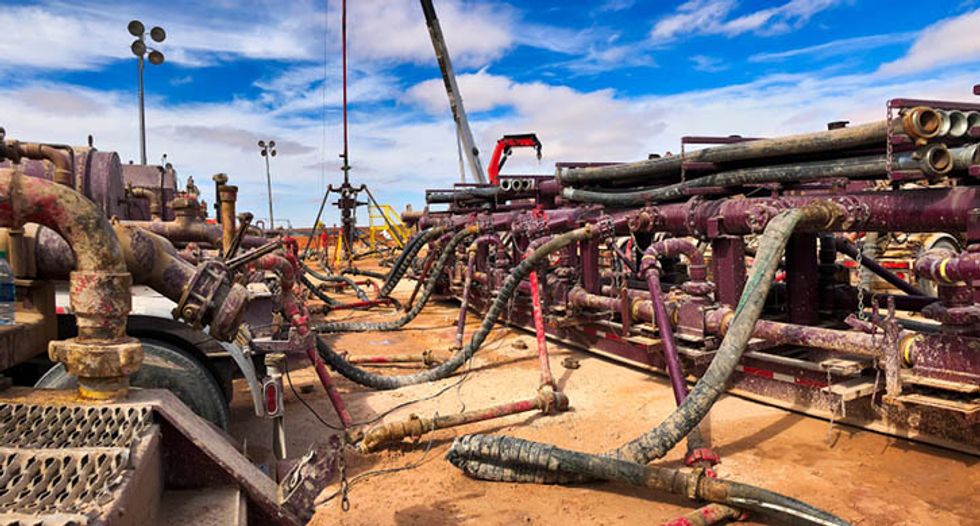 Trump’s EPA is trying to take our nation back to the 1920s when polluted water from drilling oil was dumped on more than 2,000 acres in west Texas, creating the Texon scar, contaminated land so barren almost a century later that it can be identified from space.

The EPA recently released the draft of a study of options to dispose of “produced water” from drilling for gas and oil that could include irrigation and discharging it into rivers and streams.

“Revolutionary ideas are needed to ensure (water) demand can be balanced in the future,” said Tom Blaine, the former state engineer for New Mexico which generated 37.8 billion gallons of produced water in 2017.

The water, sometimes 10 times saltier than seawater and laced with chemicals such as ethylene glycol, the main ingredient in antifreeze, traditionally has been injected underground, but that practice has been linked to hundreds of earthquakes in Oklahoma and other oil-producing states in the last decade.

Fracking can produce as much as 10 gallons of water for every gallon of oil. The amount of wastewater new wells produce during their first year has increased by up to 1,440%.

In 2016, the EPA banned public sewage plants from accepting wastewater from fracking, but the EPA later extended the deadline for complying until August. The water was so corrosive it was damaging factory machinery downstream. People living near the Monongahela River in western Pennsylvania were advised to drink bottled water.

At least 11 private waste treatment facilities accept waste from drilling for oil and gas and discharge wastewater. In 2012, just 5% of produced water was discharged to rivers and streams.

The EPA identified 692 different ingredients used in fracking that can end up in produced water, including acids, gels and sand. The water can also be radioactive. Little research has been done about treating waste from drilling for oil and gas, and there are no federal regulations about the radioactive waste produced by drilling for oil.

“The science does not yet exist to say it’s clean enough to release into rivers and streams or to use for crop irrigation or other purposes,” said Mark Brownstein, senior vice president of the Environmental Defense Fund.

In Kentucky, 1,900 tons of radioactive sludge from produced water was illegally dumped in a landfill near the Kentucky River. The EPA has said it won’t strengthen regulations on waste produced by drilling for oil and gas.