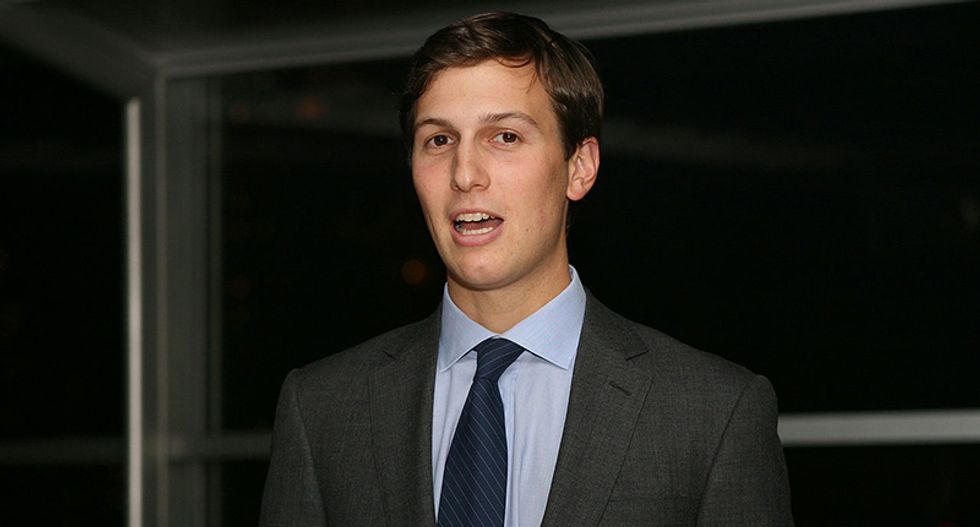 Two House Democrats on Monday asked a federal watchdog to investigate whether Jared Kushner, the son-in-law of President Donald Trump and one of his senior advisers, violated the Hatch Act, a law which prohibits federal employees from engaging in political activities in their official duties.

Reps. Don Beyer of Virginia and Ted Lieu of California asked the independent Office of Special Counsel (OSC), a federal watchdog agency not to be confused with the now-defunct office of special counsel, to launch an investigation to determine if Kushner violated the statute in the wake of news reports that claimed he has been engaging in campaign fundraising activities from the White House.

The lawmakers cited a report published in the New York Times that claimed Kushner recently organized a meeting at the White House with Trump campaign manager Brad Parscale, Republican National Committee Chairwoman Ronna McDaniel, Treasury Secretary Steven Mnuchin and "a group of big donors" to discuss the fundraising strategy for 2020. They also pointed to a Yahoo News report that alleged Kushner is "the campaign's key liaison in the West Wing" and has "multiple daily conversations" with Parscale.

"The stated purpose of the Hatch Act is to prevent federal civil servants from using their official authority to help elect candidates to office, and we have strong reason to believe that Jared Kushner is in violation of both the spirit and the letter of that act," Beyer and Lieu wrote in a letter to Henry Kerner, the head of the OSC.

The request that the agency investigate Kushner comes less than a week after the OSC recommended that Trump fire White House adviser Kellyanne Conway for repeatedly violating the Hatch Act.

The OSC issued a scathing report to Trump last week accusing Conway of breaking the law on multiple occasions "by disparaging Democratic presidential candidates while speaking in her official capacity during television interviews and on social media."

"As a highly visible member of the administration, Ms. Conway's violations, if left unpunished, would send a message to all federal employees that they need not abide by the Hatch Act's restrictions," Kerner wrote last week. "Her actions thus erode the principal foundation of our democratic system — the rule of law."

Trump rejected the OSC's recommendation and said he will not fire Conway.

"No, I'm not going to fire her. I think she's a terrific person," the president said during an interview with Fox News Channel's "Fox & Friends."

The president's comments followed a White House statement slamming the watchdog and accusing the agency of attempting to "weaponize" the Hatch Act and violate Conway's "constitutional rights." (The Supreme Court has long held the constitutionality of the Hatch Act, which was enacted in 1939.)

Beyer and Lieu argued in their letter to Kerner that Conway's alleged violations suggest that Kushner's actions "merit enhanced scrutiny."