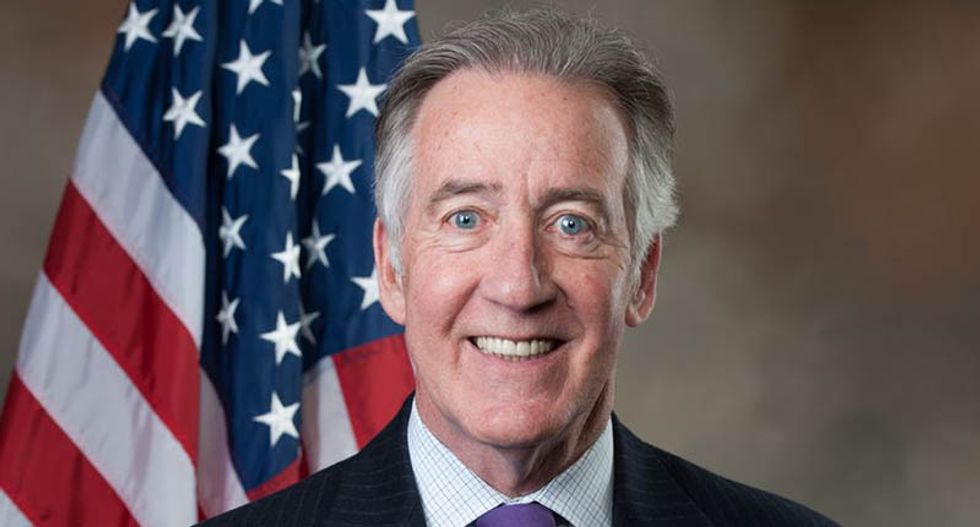 Ahead of the House Ways and Means Committee's historic Medicare for All hearing Wednesday morning, committee chairman Rep. Richard Neal—a longtime opponent of single-payer and major beneficiary of insurance industry cash—reportedly informed the panel's Democrats behind closed doors that he doesn't want the phrase 'Medicare for All' to be mentioned during the session.

"Neal, a Massachusetts Democrat who has been in office since 1989, told the Democrats on the panel that he didn't want the phrase 'Medicare for All' to be used," The Intercept reported Tuesday. "Instead, he said, the hearing should focus on all the different ways to achieve 'universal healthcare' or 'universal health coverage,' which he said was a better term to deploy."

"Medicare for All, he argued, was wrong on policy and is a political loser," according to The Intercept, which cited sources present at the private meeting held last week.

Neal did not deny that he wants the focus of the hearing to be on the more vague idea of "universal healthcare" rather than the specific solutions proposed by Medicare for All advocates.

The Intercept's reporting appeared to confirm longstanding fears among progressives that congressional hearings on Rep. Pramila Jayapal's (D-Wash.) Medicare for All Act of 2019—which currently has 112 Democratic co-sponsors—could be used by centrist House Democrats as a vehicle to push incremental reforms to the ACA instead of the transformational change grassroots forces are demanding.

Jayapal is not a member of the House Ways and Means Committee and, according to The Intercept, did not attend the private meeting with Neal and other Democrats on the panel.

Nevertheless, Jayapal expressed confidence that Medicare for All will receive sufficient attention at the hearing, which is scheduled to begin at 10:00 am ET on Wednesday.

"I would just say it is impossible to have a hearing on Medicare for All without saying those words," Jayapal told The Intercept. "I am confident that our Medicare for All supporters on the committee will talk about the policy and the bill completely."

"And I am 100 percent focused on the fact that this is a historic hearing in a major committee of record," Jayapal added, "something that has never happened before. We appreciate the chairman holding this Medicare for All hearing."

Neal, along with a dozen other Democratic members of the powerful House Ways and Means Committee, has not co-sponsored Jayapal's legislation. Progressive advocacy groups urged Americans to pressure these committee members ahead of Wednesday's hearing.

"Call today and tell them to get on board!" tweeted Social Security Works.

Bonnie Castillo, RN, executive director of National Nurses United, wrote in an op-ed on Tuesday that gradual tweaks to the existing healthcare system—under which tens of millions of people are uninsured or underinsured—are not nearly enough.

"Why? Because the existing system reinforces a healthcare industry structured to generate profits, not to actually take care of people," wrote Castillo. "Leaving commercial insurers in charge of our health will continue to fail patients, exactly why Medicare for All is the only solution that will guarantee healthcare as a human right in the U.S. as in so many other wealthy nations."

"Millions of people are demanding change, and tens of thousands are engaged in mass action building an undeniable movement to press policymakers to make that change happen," Castillo concluded. "That's why there is a hearing Wednesday on Medicare for All. And we're still just getting started."