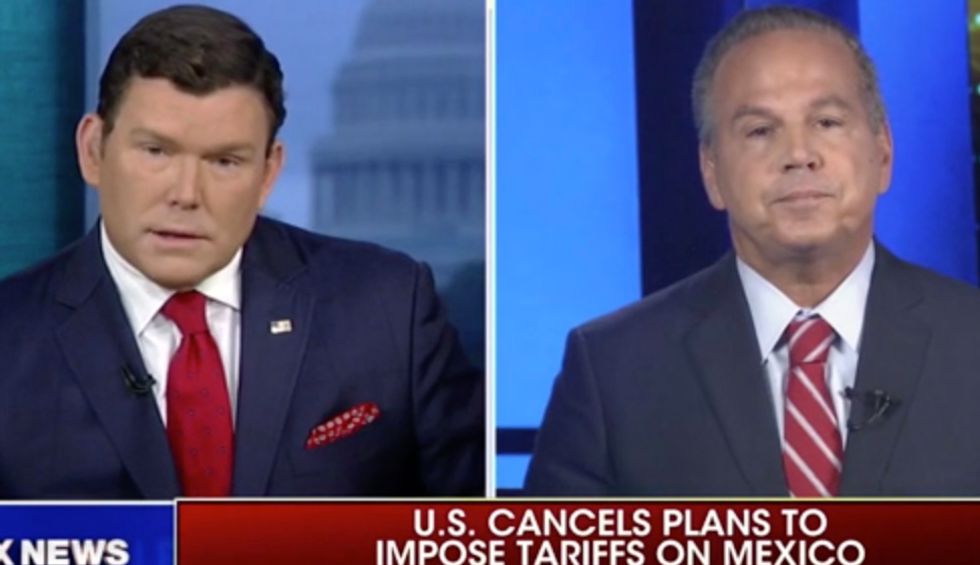 Rep. David Cicilline (D-RI) suggested on Sunday that he agrees with House Speaker Nancy Pelosi’s assertion that President Donald Trump should be in prison.

During an interview on Fox News Sunday, guest host Bret Baier asked Cicilline if he also thought Trump should be charged and imprisoned after leaving office.

“These are specific things President Trump did,” the congressman said. “These are criminal acts — obstruction of justice — clearly impeachable offenses. And so, it’s kind of rich to hear the president complain about this when he began a campaign with ‘lock her up’ as his bumpersticker and lead and effort to delegitimize the first African-American president.”

At that point, Baier interrupted.

“So you agree with the Speaker that Trump belongs in prison?” Baier pressed.

“I don’t have any difficulty with those words,” Cicilline replied. “What is really at stake here is the responsibility of the Judiciary Committee to conduct oversight to demonstrate to the American people that no one is above the law, including the president of the United States.”

“But there’s not agreement on impeachment [among Democrats],” Baier insisted.

“What we really want the American people to know is that the president of the United States directed individuals to create false documents to give to lie to investigators, to try to prevent this investigation from going forward,” Cicilline observed.

Baier cut in to point out that Attorney General William Barr had taken it upon himself to exonerate the president.

“It was his decision to make according to the rules of the special counsel,” Baier opined.

“No,” Cicilline shot back. “Actually, it wasn’t his decision to make. The special counsel says very clearly that that this is the responsibility of Congress. We certainly know that William Barr auditioned for this job by completing a memorandum of law that suggests that the president could never be charged with obstruction of justice.”

“And he delivers on the promise when in a very short time, he mischaracterizes the special counsel,” the congressman added.

“He said there was no underlying crime,” Baier argued.

Cicilline, however, was ready. He countered with the fact that Robert Mueller “felt the need to set the record straight” by writing a letter to Barr requesting that parts of the Russia report be released.