Dalai Lama says Trump has a 'lack of moral principle' 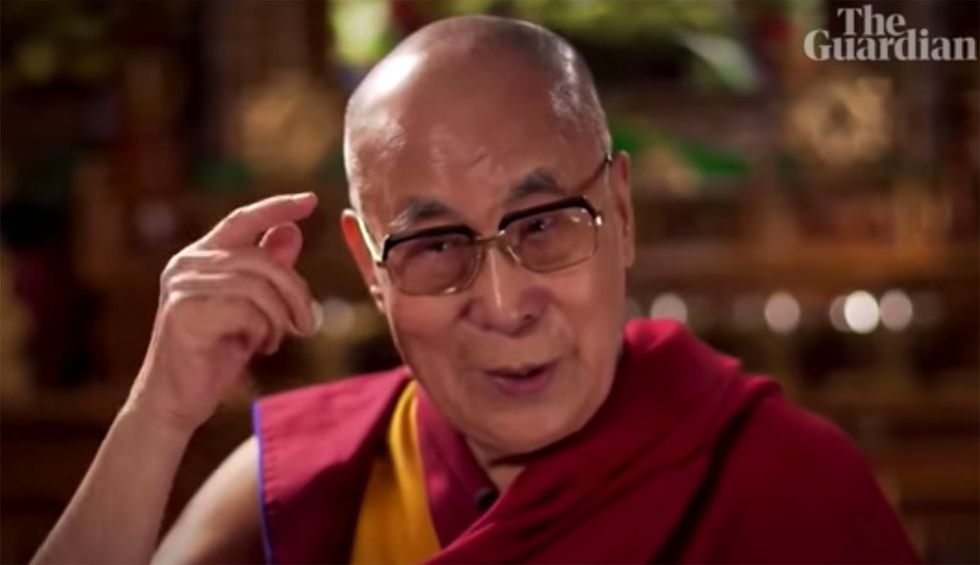 During an interview with the BBC’s Rajini Vaidyanathan, the Dalai Lama weighed in on everything from Donald Trump’s presidency to Brexit — and the Tibetan spiritual leader clearly isn’t a fan of Trump’s isolationist views.

“When he became president, he expressed, ‘America first.’ That is wrong,” the Dalai Lama told Vaidyanathan. “America, they should take the global responsibility.”

The Dalai Lama also described the U.S. president as scatterbrained, saying that his “emotions” are a “little bit too complicated.”

The Dalai Lama went on give his views on Brexit, telling the BBC that as an “outsider,” he believes that the United Kingdom’s decision to leave the European Union was a mistake. The spiritual leader described himself as an “admirer of (the) spirit of (the European Union).”

Vaidyanathan went on to note that some Brexit supporters have quoted the Dalai Lama as saying that migrants “should return and rebuild their countries.” And the Dalai Lama clarified his position, saying, “The European countries should take these refugees and give them education and training” with the goal of giving them valuable skills if they “return to their own land.”

Vaidyanathan asked him if these migrants should be allowed to remain in Europe if they want to, and he responded, “Limited number, OK. But whole Europe, eventually become Muslim country? Impossible. Or African country, also impossible….. Keep Europe for Europeans.”