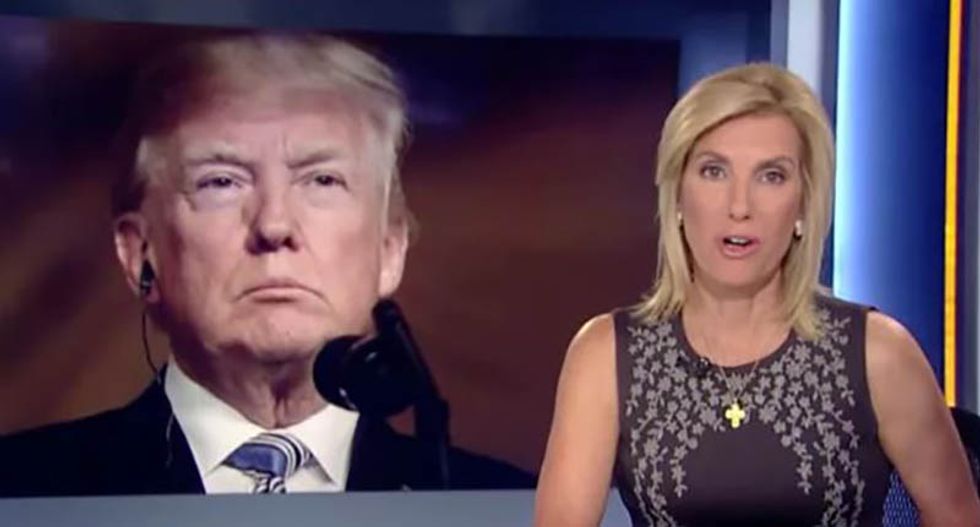 June 6, 1944. The Allied forces invade German-occupied France in the Invasion of Normandy, a critical operation that led to the defeat of the Nazis. It became known as D-Day.

June 6, 2019. The 75th anniversary commemoration of D-Day in Normandy is delayed as President Donald Trump gives an interview to a Fox News host most recently known for defending a white supremacist.

According to multiple reporters on the ground at today's historic event, that's what happened.

It was delayed at least 15 minutes as President Trump was being interviewed by Laura Ingraham, who herself is under fire for defending Paul Nehlen, a self-avowed white supremacist.

"French television cameras spotted President Trump sitting down with Fox’s Laura Ingraham - fourteen minutes *after* the ceremony in Normandy was set to begin. Thousands of people waited as an announcement overhead came on, declaring the program would be delayed until 11:15a," NBC News Chief White House Correspondent and MSNBC anchor Hallie Jackson reported.