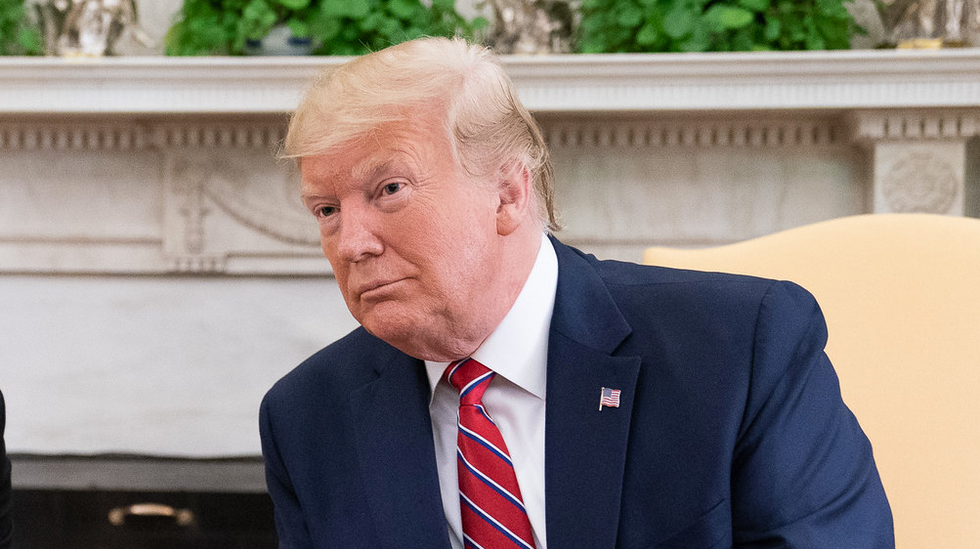 Although the thought of a president refusing to leave after losing an election is typically a conspiracy theory spouted by fever-swamp-dwelling partisans, conservative columnist Matt Lewis believes it’s a scenario that warrants consideration when it comes to President Donald Trump.

Writing in the Daily Beast, Lewis says was inspired this week by Trump’s decision to welcome foreign interference in the 2020 election, which he says continues the president’s tradition of shattering norms.

"After all, once you’ve trampled on some long-held norms and institutions, what is the limiting principle?” he asks rhetorically. “Is it a stretch to think that a president who is fine with taking political dirt from a foreign adversary might not be as deeply committed to the concept of a peaceful transfer of power as you or I would be?”

Lewis then imagines a nightmare situation in which Trump refuses to acknowledge defeat in 2020 and urges his followers to not accept any other president as legitimate.

“If a Democrat wins a close election that Trump calls illegitimate, he will probably have a third of the country agreeing with him,” he writes. “Imagine what that December and January would be like. You might start to see people panicking and moving out of the country for fear it had slipped into soft despotism. And even if Trump ultimately acceded to pressure and vacated the presidency, you could have a large contingent of Americans who believe the election was stolen.”