Conservative columnist: GOP is doomed because young people see it as 'the dumb party' 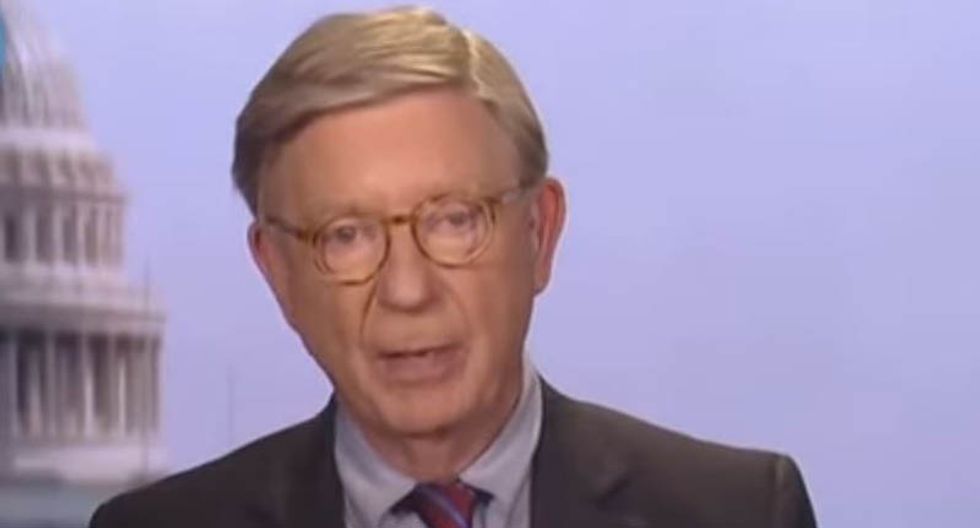 George Will was on CNBC today plugging a book called … ah, who gives a shit what it’s called? I’ve never been able to get far enough through a George Will book to finish the title anyway.

So after the usual old-guard conservative pablum about free markets reigning supreme — and after taking a few well-deserved shots at Donald Trump — Will said this:

“Young people have made up their mind about the Republican Party, that it’s kind of the dumb party. These are the same young people who say they have warm feelings about socialism, but all they mean by that is … to them socialism means everybody being sociable and being nice to one another, they haven’t thought it through. Because these same people who like socialism are suspicious of government. So I think that they’re unformed at this point, but the Republican Party is doing its very best to drive them away permanently.”

Yeah, okay. That’s not condescending or anything. Way to bring young people over to your side, George!

Personally, I doubt if young people think “socialism” simply means being nice to people. I mean, if that’s all they’ve learned after racking up tens of thousands of dollars in student debt, that would be pretty sad. It’s a lot more likely that they got some fancy book learnin’, read about Denmark, and suddenly realized that all the bullshit they’ve been told about free college being literally impossible to pay for was, well, total bullshit.

But that’s beside the point, which happens to be — as Will acknowledges — that today’s Republican Party is basically the 10th season of Happy Days after Ted McGinley joined the cast. Except they don’t have Ted McGinley. They’ve got Donald Trump, who’s the functional equivalent of Ted McGinley with an undiagnosed brain tapeworm.

That said, unless we get rid of Trump in 2020, there may be no Republican Party to mourn. And there may be no Democratic Party, nor a country, nor any world to speak of.

Is Trump still singeing your sphincter? Dear F*cking Lunatic: 101 Obscenely Rude Letters to Donald Trump and its breathlessly awaited sequel Dear F*cking Moron: 101 More Letters to Donald Trump by Aldous J. Pennyfarthing are the salve you need! Reviewers have called these books “hysterically funny,” “cathartic,” and “laugh-out-loud” comic relief. And you can get them for less than the price of a cup of coffee ... or a black-market Xanax ... or five minutes of therapy. It’s time to heal, my friends. Buy now!