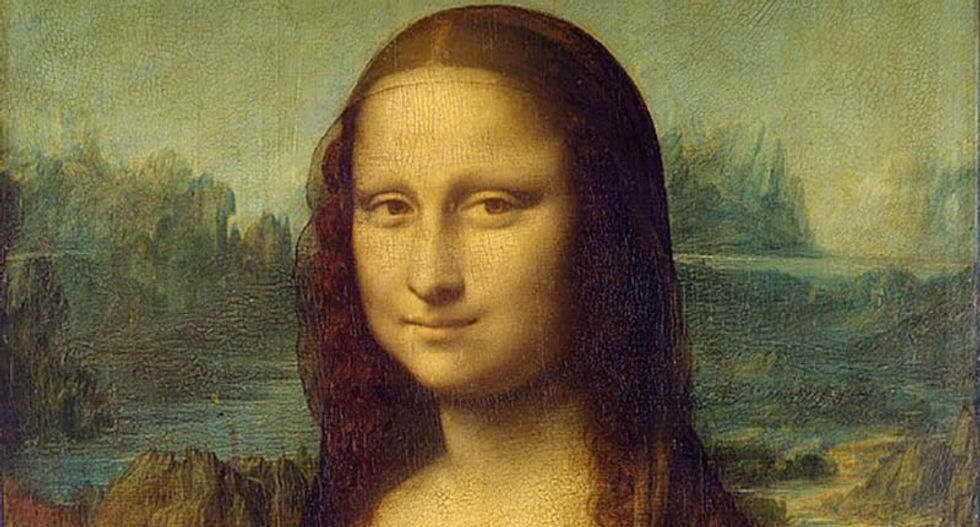 There is no way Leonardo da Vinci could have predicted that the Mona Lisa would remain one of the most widely-debated works of art in modern day — thanks in no small part to her intriguing expression.

Indeed, as one of the most famous paintings in the world, Mona Lisa's facial expression continues to beguile both commoners and academics. A 2017  study published in the journal Scientific Reports (part of the network of Nature's journals) proclaimed that Mona Lisa’s smile did indeed depict genuine happiness, according to the study's subjects who compared it with subtly manipulated facial expressions. Now, a new study published in the neuroscience journal Cortex says that her smile is non-genuine. In other words, she's faking it.

The three neuroscience and cognition researchers who penned the article fixated on the asymmetry of Mona Lisa’s smile. Some historical theories suggest the facial asymmetry is due to the loss of the subject's anterior teeth, while others have speculated it could have been related to Bell’s Palsy. The Cortex article's authors note that as the upper part of her face does not appear to be active, it is possible to interpret her smile as “non-genuine.” This would relate to theories of emotion neuropsychology, which is the characterization of the behavioral modifications that follow a neurological condition.

“Considering it is unlikely that a person who sits motionless for hours to be painted is able to constantly smile in genuine happiness, the simplest explanation is that the Mona Lisa asymmetric smile is the manifestation of an ‘untrue enjoyment’ in spite of all the efforts that Leonardo’s jesters used to make in order to keep his models merry,” researchers state in the paper.

An intriguing possibility is that, according to researchers, Leonardo painted her that way intentionally. “Leonardo was a great observer of human physiognomy and is renowned for his wide anatomical and physiological knowledge,” researchers argue, noting that Da Vinci himself described the human face in such anatomical detail in his notes that he clearly understood the musculature of the face and its intricacies — meaning that such expressive subtleties would be within his grasp.

One of the researchers of the study, Dr. Lucia Ricciardi of St George's, University of London, is part of the "Motor Control and Movement Disorders" group, and studies facial emotion recognition and emotions. Dr. Ricciardi said because Leonardo was a master of “sfumato,” which is the technique of shading to depict expression, he “deliberately raised her left lip, as if to paint a smirk.”

“He would have known that curving the lip on both sides and adding folds around the eyes would have shown a genuine smile,”  Dr. Ricciardi said. “And he had this knowledge hundreds of years before Duchenne’s work in the 1800s."

Researchers add if this is the case, Mona Lisa’s asymmetric smile might hide a cryptic message.

“If we assume that Leonardo was already aware of the meaning of the asymmetric smile, we might speculate the possible reason for his choice,” the paper states. “Mona Lisa’s asymmetric smile may hide cryptic messages, for example, that this was in reality a self-portrait, or that the portrait referred to a man or a dead woman.”

Researchers concluded: “While the Mona Lisa smile continues to attract the attention of its observers, the true message it conveys remains elusive."