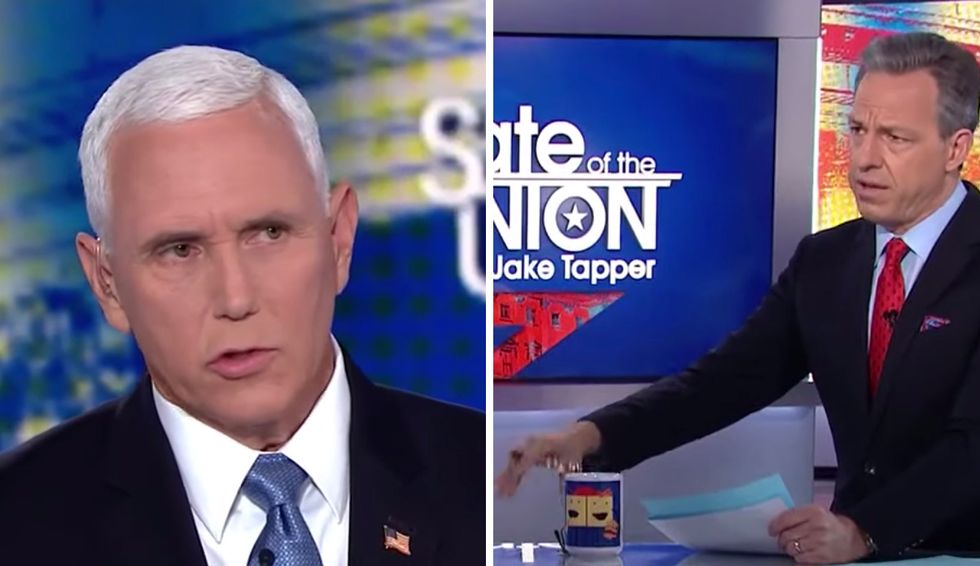 In a rare appearance on CNN’s “State of the Union,” Vice President Mike Pence was grilled by host Jake Tapper over Donald Trump’s claim that the Pentagon was tardy with presenting him with casualty estimates regarding a military attack that was aborted at the last minute.

As Tapper asked Pence about the presidential claim, he noted that a Defense Department insider called the president’s public pronouncement about why he allowed the military operation to proceed so far before aborting nonsensical.

“You said President Trump got that information late in the process and that confusing to me defense official I spoke to who said, any time military options are presented to the president, the potential casualty assessment, the battle assessment is one of the first things that the president would be told,” Tapper began.

“Now President Trump said yesterday that he got, quote, ‘very odd numbers early on in terms of the assessment,’ the casualty assessment. What does that mean and why would the president only get the casualty numbers, as you put it, late in the process?” he asked the vice president.

“What I can tell you without talking about the details of those deliberations, is that the president was provided with casualty assessments and a whole range of information,” Pence began as Tapper cut him off, with, “But only at the beginning?”

“Really throughout,” Pence offered. “But as the president indicated late in the process, there were more specific projections given to him relative to the targets that he was prepared to use force against and he concluded — he concluded it was not a proportionate response to shooting down an unmanned American aircraft.”