Fox News' Chris Wallace stumps ranking House Republican: Would the FBI be ‘derelict in their duty’ to ignore Russia attacks? 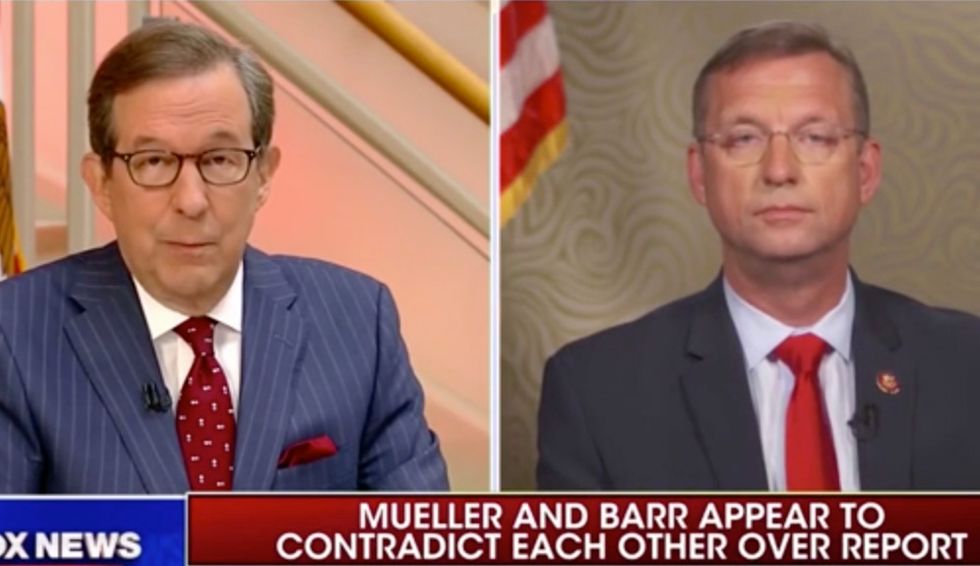 Rep. Doug Collins (R-GA), the top Republican on the House Judiciary Committee, alleged on Sunday that a “cabal” in the U.S. government plotted against President Donald Trump.

During an interview on Fox News, Collins blasted the FBI for subjecting the Trump campaign to a counterintelligence investigation into Russia’s attack on the 2016 U.S. election.

“We’ve had two years of turmoil caused by a cabal that started at the FBI that we’re now actually getting a chance to look into,” Collins said, referencing Attorney General William Barr’s probe into the origins of the Russia investigation.

“They had information by July of 2016 that the Russians were hacking Democratic emails,” Wallace explained. “And we know that George Papadopoulos, an adviser of some sort, was talking about that. Comey says they would have been derelict in their duty if they hadn’t pursued that.”

“Do you agree?” the Fox News host asked.

But Collins dodged the question.

“Jim Comey is trying to rewrite history!” Collins exclaimed. “His 15 minutes are up, he knows it. He’s going everywhere talking about the things he did or should have done. The interesting thing here, I believe, is he doesn’t want the light of an investigation shined on what they were actually doing.”