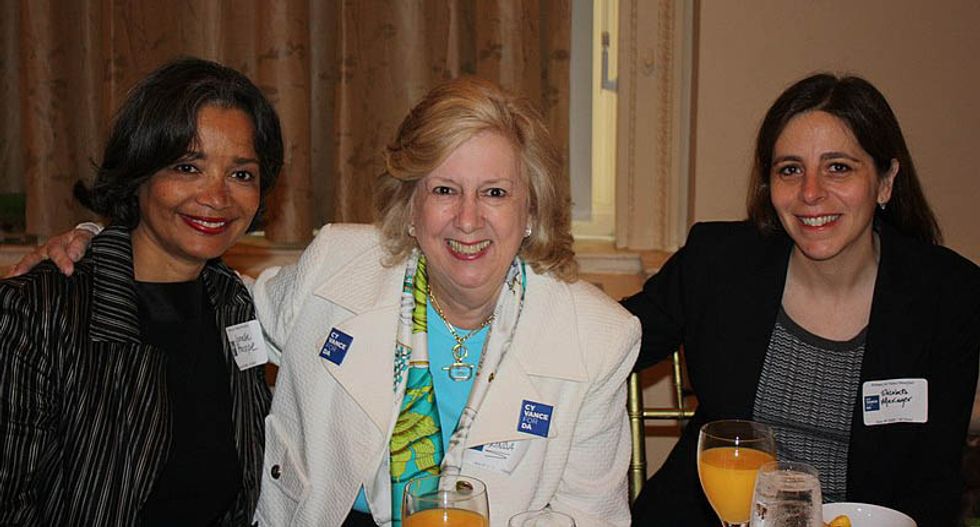 I bet Linda Fairstein, the former New York City sex-crimes prosecutor, was enjoying her life up through last week. As she would; Fairstein built an accomplished legal career, earning the respect of her peers and rubbing elbows with the top of the New York elite, such as film mogul and accused serial sexual predator Harvey Weinstein. She's even published a collection of bestselling mystery novels.

All of that began to come tumbling down with the release of Ava DuVernay’s critically acclaimed four-part series “When They See Us,” which tells the story of The Central Park Five, a group of young boys — four African American boys and one Hispanic boy — who were arrested, tried and convicted for the rape of Trisha Meili back in 1989.

Linda Fairstein's portrayal in "When They See Us" (she's played by Felicity Huffman) is key to both the success of series and to understanding how racist legal systems are allowed to function and flourish. In the film and in real life, Fairstein played a key role in the case that constructed false narratives and ignored evidence. She still maintains that the five boys who grew to be men in prison are guilty, even after a real confession, along with real DNA evidence, from a convicted serial rapist surfaced. What could motivate that other than racism, pettiness and a desire to save face no matter the cost? (I refuse to believe that a high-ranking lawyer and bestselling author could be that stupid in the face of real evidence.) Fairstein claimed to be advocating for Trisha Meili, even as she ignored and suppressed evidence, allowing the real predator to elude justice and continue to hurt more people.

She must have knew that trouble was heading her way, though. Director Ava DuVernay told The Daily Beast that during her research for the series, Fairstein tried to "negotiate" her portrayal in the series.

"She [Linda] tried to negotiate conditions for her to speak with me, including approvals over the script and some other things," DuVernay said. "So, you know what my answer was to that, and we didn't talk."

Fairstein’s big horrible week started directly after the series dropped on Friday, with a petition that has now reached 80,000 signatures calling for booksellers to remove her books from their sites and shelves.

Fairstein also resigned from the victims’ service agency Safe Horizon. In a  New York Post article published yesterday, she confirmed her departure from God's Love We Deliver and Joyful Heart Foundation too.

"Each of these organizations does great work," Fairstein said. "It's so foolish of the bullies to punish the charities. Totally pig-headed and stupid."

On Tuesday, the students of Vassar College called for the resignation of Fairstein from the school's board of trustees, and Vassar President Elizabeth H. Bradley has confirmed that the disgraced author resigned.

"I am told that Ms. Fairstein felt that, given the recent widespread debate over her role in the Central Park case, she believed that her continuing as a Board member would be harmful to Vassar," Bradley wrote in a statement posted to Vassar's website.

I’m sure the public rejection Fairstein is facing, along with her dwindling prestige, is sweet news to people who are just becoming familiar with the case. But is it justice? She played a key role in a case that forced innocent children to make statements without their parents being present. She helped send innocent children to prison — where some were beaten, tortured and raped — and stole years from their lives, and she's never apologized to them. She created victims when her only job was to protect and serve. Can professional and social shunning even compare?