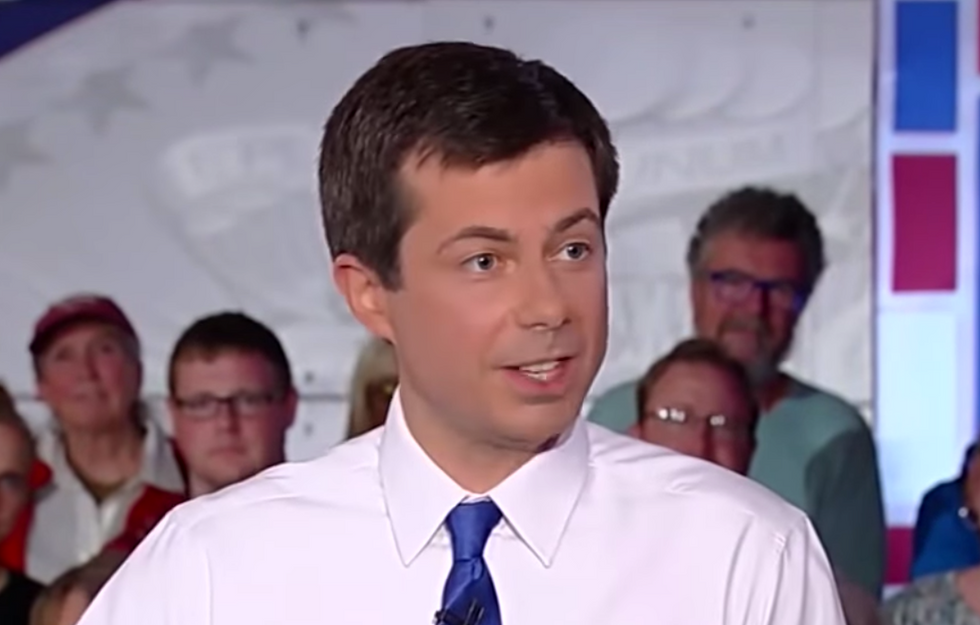 The South Bend, Indiana, mayor told MSBNC journalist Rachel Maddow he thinks it should be “not legally obligatory, but certainly a social norm that anybody after they’re 18 spends a year in national service.”

Buttigieg’s concept draws on the benefits he feels he derived from his own military experience. He believes that giving more young Americans a chance to serve their country in roles like teaching at-risk children and building homes for those in need might help bridge some of the nation’s political, economic and cultural divides.

I research the history of U.S. volunteer service programs , including the Peace Corps and AmeriCorps. The evidence that these programs help volunteers is stronger than proof that they make a significant difference for the communities served. To me, it’s clear that by mobilizing millions of young people rather than thousands, Buttigieg’s plan would exacerbate this problem.

The American philosopher William James planted the intellectual seeds for national service programs in 1910. In an essay demanding a “moral equivalent to war,” he argued for a new kind of national non-military service for young men.

On top of creating new infrastructure, like building community centers, or working in hospitals, the early camps were also designed to be an educational experience. Participants tended to be from privileged backgrounds and eager to become more aware of social issues such as poverty and race relations.

After World War II, various denominations began to organize work camp and relief projects in France, Japan, Egypt and other countries. They did everything from rebuild homes for displaced persons to teach farming techniques to help rebuild war-ravaged areas and improve prospects for peace.

Representative Henry Reuss of Wisconsin, a Democrat, encountered an inter-denominational team from the International Voluntary Service building schools on a trip to Cambodia 1957. He proposed a government-sponsored program that would serve the same purpose in 1959.

Minnesota Senator Hubert Humphrey, a Democrat, picked up on that idea when the advocated for the formation of what he called a “Peace Corps” during his failed bid for his party’s presidential nomination in 1960.

John F. Kennedy first embraced the idea as well in an impromptu speech – at 2 a.m. – he made on October 14, 1960, on the cusp of the presidential election that brought him to the White House. He established the Peace Corps by executive order in March 1961.

Americans immediately embraced it. A January 1961 Gallup Poll showed that 71% of Americans supported the idea and thousands of students declared their readiness to participate.

“In the American mind, it took its place somewhere between the Boy Scouts and motherhood,” said the late Harris Wofford, who helped create the Peace Corps and later ran the Corporation for National and Community Service, the federal agency that runs several national service programs.

The initial popularity of the Peace Corps led the Kennedy administration to explore creating a domestic counterpart to aid “the entire needy segment of our population.” An early concept paper described how its “exemplary” volunteer “corpsmen” would inspire local communities to do a better job of helping themselves.

After JFK’s assassination, President Lyndon Johnson realized this aim by establishing Volunteers in Service to America, or VISTA, in 1964. It soon stationed about 3,500 volunteers on the front lines of LBJ’s War on Poverty in places ranging from rural West Virginia to urban Houston and Detroit.

Before long, enthusiasm for both programs waned, dashing hopes some Americans harbored for a national program on a grander scale.

One initial purpose of the Peace Corps was increasing U.S. popularity and influence at the height of the Cold War as a diplomatic tool. The program became less popular among college graduates due in part to widespread concerns over U.S. foreign policy, especially the Vietnam War. Even some of the volunteers themselves joined the criticism.

VISTA volunteers had their own predicaments. Whether working in rural Appalachia or urban neighborhoods, they often found themselves embroiled in conflicts with local politicians due to their roles as community organizers in areas riddled with political and economic injustices.

As a result, the two flagship national service programs lost funding and support during the Nixon administration. But both kept going, attracting enough ambitious volunteers destined for leadership in politics and business later in their careers to remain prestigious. Both welcome older volunteers, as well as young people.

By late 2017, 7,376 Peace Corps volunteers were serving in 65 nations while 75,000 Americans volunteered at least part-time through AmeriCorps.

The Trump administration has sought to trim Peace Corps spending and stop funding AmeriCorps – which replaced VISTA and includes funding for the Teach for America program that puts young college graduates in low-income classrooms.

Congress has so far rebuffed those requests, leaving roughly US$400 million budgets for both programs intact.

Aspirations to expand national service programs have cropped up before. Presidents George H.W. Bush, Bill Clinton and Barack Obama all expressed that goal.

Liberals, in particular, have periodically cast it as more than just a practical way to fight poverty. Like the Quakers who organized work camps for decades and still encourage youth community service, they see advantages for society – such as less bigotry and more compassion for the poor – when affluent and highly educated volunteers connect with lower-income Americans, often across class and racial lines.

Volunteers, including those who take part in Teach for America do get more familiar with the problems faced by the communities they assist. They also benefit personally excel at attaining their career goals.

But how effective are these programs at making things better for the people they serve?

The evidence is far less compelling. A large body of literature, for instance, shows that the impact of Teach for America on struggling schools is marginal at best.

That is partly why Teach for America is encountering growing resistance from groups ranging from parents, to politicians and teacher unions. A bill pending in the California legislature would ban its teachers from its public schools.

There are, likewise, few if any objective assessments attesting to the Peace Corps’ impact. Bolivia, Russia and dozens of other countries have opted out.

Buttigieg’s call for a national service program would require a scale beyond than anything seen before. Should the federal government ever seek to realize his grand ambition, it ought to first answer some long-deferred tough questions about the real purposes and benefits of this kind of volunteering.