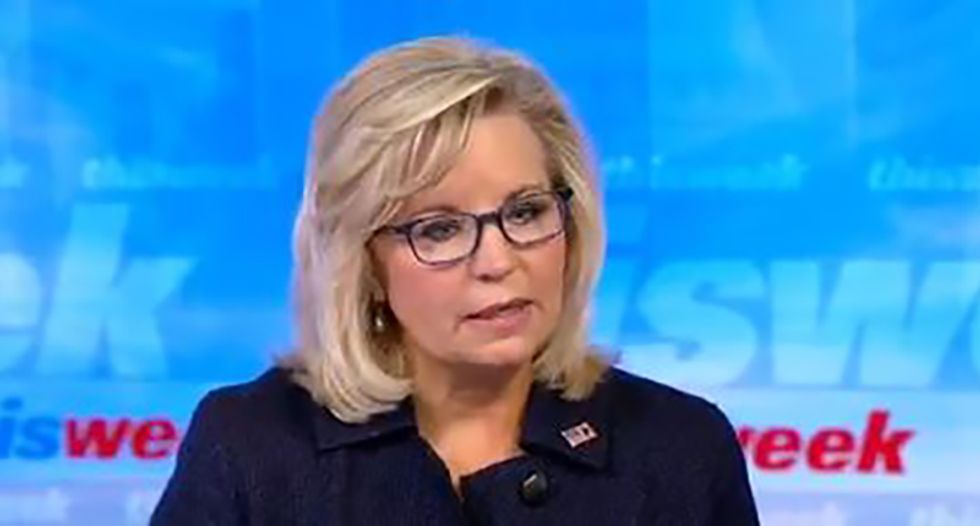 After losing 40 seats in the House in the midterms, the NRCC desperately needed to get back on track this year. Instead, it appears to be suffering some sort of meltdown. Last week, unnamed GOP operatives grumbled to Politico that "unease with the NRCC is bubbling among important Republicans in the Capitol" after the committee issued a whiny press release attacking Democrats for a bill that would raise congressional pay—even though top Republican leaders had come out in support of such an effort and were negotiating with Democrats over the measure. The NRCC's hapless communications director, Chris Pack, offered a bizarre defense of the maneuver, only to be forced to yank down the release by the weekend.

This week, the furor over the NRCC's dysfunction spilled into the open on a second front: the committee's fundraising. Politico first reported on Tuesday evening that Wyoming Rep. Liz Cheney, the third-ranking Republican in the House, got into a heated confrontation with NRCC chair Tom Emmer at a Monday meeting after Emmer hectored fellow GOP lawmakers about paying their committee dues. Emmer questioned Cheney's commitment to making good on her dues, at which point Cheney shot back that Emmer might be "artificially inflating the fundraising numbers he brings in," according to those present.

Later Tuesday night, The Hill elaborated on both ends of this imbroglio. Speaking of the NRCC, one unnamed "senior Republican" admitted that "we do have serious money issues," which some members have accused Emmer of trying to paper over by "double counting." What that means is that when a top GOP official—like, say, House Minority Leader Kevin McCarthy—holds a fundraiser for the NRCC, Emmer is (supposedly) crediting both McCarthy and the NRCC for the funds raised. On the dues spreadsheets, everyone looks like they're pulling their weight, but as far as the bank—and reality—is concerned, that cash only came in once.

Part of Emmer's money woes, though, stem from the fact that three leaders in his caucus are considering Senate bids and have allegedly been neglecting their obligations to the House. That includes Cheney, along with North Carolina Rep. Mark Walker and Alabama Rep. Gary Palmer. Emmer reportedly called the trio out by name, which prompted Cheney's accusations.

Walker sought to deflect with a different excuse. According to one of The Hill's sources, Walker had said he won't pay his dues because the NRCC allegedly reneged on a pledge to pay his legal bills related to the April indictment of North Carolina GOP chair Robin Hayes and a GOP donor named Greg Lindberg on charges of bribery. Walker was not named or charged in the indictment, but Politico used public FEC records to identify him as the person described as "Public Official A," whose political committee received a $150,000 donation from Lindberg right as Lindberg claimed Walker had sought to use his influence to pressure North Carolina's insurance commissioner on a business matter.

It's strange that the NRCC would offer to cover the attorney's fees of a member in a safe district in the first place, but if such a deal ever did exist, it's understandable that Emmer would nix it after Walker publicly mooted a primary challenge to GOP Sen. Thom Tillis, a possibility he brought up again last week. (One tinfoil-hatted source for The Hill even accused Tillis of having a hand in ensuring Walker's oblique mention in the Hayes/Lindberg indictment.) On Thursday, Walker finally announced he wouldn’t run against Tillis—though he said the same thing in April before going back into consideration mode.

Finally, there's Palmer, who's been weighing a bid against Democratic Sen. Doug Jones. Ironically, when he discussed a possible Senate campaign in a radio interview in March, Palmer went on at length about the importance of Republicans trying to reclaim the House in 2020, saying that "any other issues personally should be secondary to that." According to Emmer, at least, that was nothing but a gust of hot air.

What’s also strange is that in that March interview, Palmer sounded quite reluctant to leave the House. We’d heard nothing new about his interest in a Senate run in the nearly three months since then, so it felt like he was comfortable staying put. However, Emmer very much seems to think otherwise, and Palmer isn’t using this blowup as an opportunity to close the door on a statewide bid.

All three of these alleged deadbeats could get themselves off the hook with the NRCC if they'd actually declare for the Senate: Members seeking higher office are no longer expected to help out their House campaign committees. However, because of new internal party rules adopted late last year, Cheney, Walker, and Palmer would all have to step down from their leadership roles if they go ahead with Senate bids.

As a result, they've chosen the worst possible option: delay their campaigns as long as possible so that they can hang on to their plum positions as long as possible in order to use those perches to raise money for themselves while simultaneously stiffing the NRCC. In other words, the GOP has set itself up to make it likely that things will get worse before they get better—if they ever do.