Americans are more concerned with 'fake news' than racism or terrorism: study 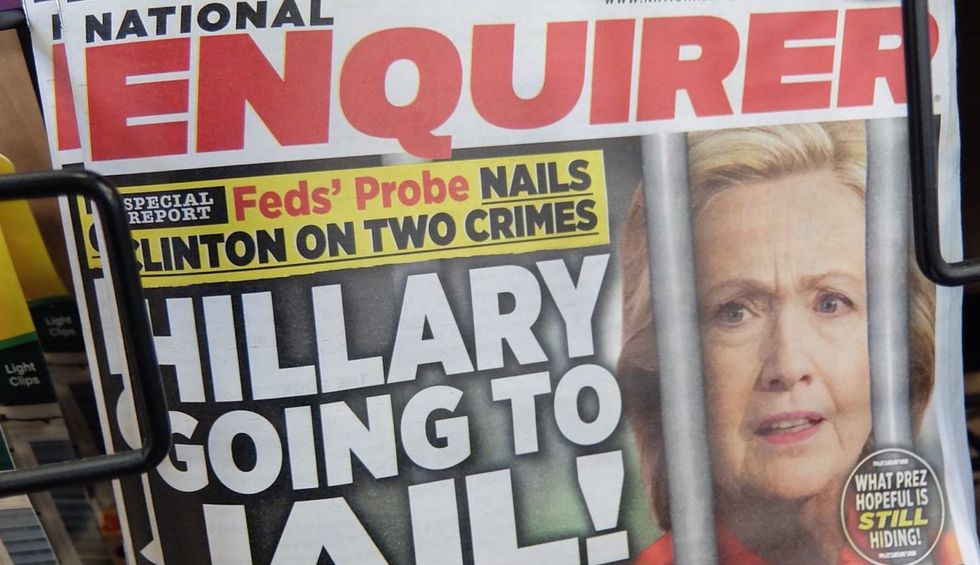 What’s one of the biggest problems Americans believe we’re facing in today’s age? According to a new survey released from the Pew Research Center, a good fraction of Americans believe fake news is a bigger problem than issues like racism (40%), sexism (26%), and terrorism (34%). And while fake news and media literacy are significantissues, these findings are fascinating and complex, in a way that requires some deeper digging.

Almost seven out of ten people surveyed believe that fake news greatly impacts American’s confidence in government institutions. A little more than half believe fake news has an impact on how much we believe one another. Of course, given that our president perpetuates seemingly endless amounts of fake news—from racist immigration hysteria, to his claims about his border wall actually being built, to even this morning, boasting about a trade deal with Mexico that doesn’t exist—this isn’t surprising.

To add some complexity, however, it’s important to look at how this folds out in party lines. While 30% of Democrats who responded report encountering fake news, that number jumps to 49% for Republicans. What makes this even worse? One out of five responding Democrats reports they believe that journalists create fake news, while most Republicans believe that’s the case.

Here’s a weird predicament. According to a different survey, this time from Gallup and the Knight Foundation, 2 out of 5 Republicans label accurate (but negative) stories “fake news.” Specifically, these respondents believe that stories which are factual, but negative toward leaders or groups, should be categorized as “fake news.” Again: Yikes.

Back to the Pew survey. Respondents put the blame on politicians more than journalists, though they feel it’s up to the media to correct the fake news problem. What’s frustrating about this is that respondents don’t tend to blame the people who are creating these fake news stories. This might be why conspiracy theorists and some “alt” news sources gain so much benefit of the doubt (and, scarily, credibility) on the web.

For some perspective, let’s look at where respondents ranked other issues. People were less concerned about immigration (38%) and terrorism (34%), but more concerned with drug addiction (70%), affordable health care (67%), and wealth distribution (51%).

Arguably, fake news has always been a problem, in that misinformation has always existed. The internet allows it to grow a lot faster. It’s possible that because we encounter news on the internet so often—and thanks in part to Trump’s love of the term “fake news”—people are more exposed to the concept than they have been in the past, and thus rank it as a higher concern. If people haven’t always been in the loop about misinformation or media literacy, they might feel that this is a sudden, rising problem and therefore new.

A term like “fake news” is also decidedly vague and abstract, which is why someone like Trump can weaponize it so freely. He can label any news he doesn’t like as “fake news” out of one side of his mouth, while spewing lies out of the other side.

Interestingly, a fair amount of respondents say they’ve changed their media consumption habits in light of the fake news phenomenon. What does that look like? Fact-checking news more and using different sources. Without a doubt, increased media literacy and questioning information is a good thing.

What’s not a good thing? Having a president that lies regularly. And mainstream media sources that use a lot of gentler words to beat around the bush. Keep in mind that, as found by the Washington Post, in his roughly two years in the White House, Trump has made 10,111 false statements. This breaks down to about 23 lies per day.