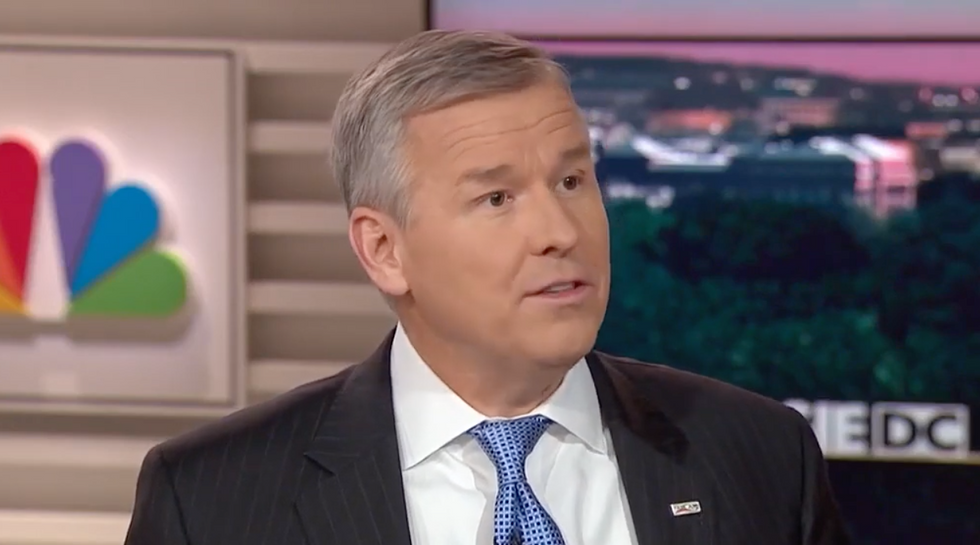 Georgia’s soon-to-retire Republican Rep. Rob Woodall is out and about doing some Republican Party misinformation work these days. The Peach State congressman was on Kasie Hunt’s MSNBC show this weekend to discuss all of the things he and his fellow Republicans are not doing for the American people. Asked about the Mueller report, Woodall explained that he had not read the report. At all. Asked why he had not read it, as the House of Representatives is supposed to be filled with individuals sworn to uphold the Constitution and laws of the land, Woodall explained himself with this word-salad nonsense: “I said when we started this conversation, I trusted Mr. Mueller. Took a lot of slings and arrows but every attorney I knew said he had great integrity.”

Hunt asked again, “Why not read the report?”

Woodall: I have a concern when you put the entire power of the United States Justice Department behind anything, you can achieve an agenda. You can drive a message. All of those—

Hunt: You think the Mueller report was just driving an agenda? There's nothing in there that's worth figuring out?

Hunt: I'm talking about the report. Fine, we're not talking about going beyond the Mueller report. I'm saying, why not read when there's ten things in there on obstruction, he said the president may have obstructed justice here, he seemed to say you need to figure that out.

Rep. Woodall, you’re not interested in figuring that out?

Woodall: He didn't say to Congress you need to figure that out. Obstruction is a critical criminal issue.

It’s beginning to sound like Woodall not only didn’t read the report, but he may also have been given the short version by Attorney General William Barr, written on a napkin.

Hunt: He did. He said, I can't indict a sitting president of the United States.

Woodall: Right, Congress, if you want to start impeachment proceedings. I was a staffer in 1988 when Republicans went down this road. They thought it was going to be a wonderful thing to impeach a sitting president, and you know Republicans lost seats in that election.

So he’s gone from saying that Mueller has impeccable integrity but that he didn’t bother reading the report of Mueller’s very important investigation, to saying that Congress hasn’t been put on notice in the Mueller report, to saying that, while Mueller’s investigation may imply that impeachment proceedings should begin, this isn’t a good thing to do, because it wasn’t a good thing to do when the Republican Party created an almost entirely political witch hunt in order to stifle Bill Clinton’s presidency back in the 1990s.

Woodall: The constituents I represent don't want to see impeachment activity when there are important economic issues, family issues, that need to be handled. Folks today want to see that investigation take place, what they heard at the end of the investigation, there's nothing here that we're going to go after the president further on. Folks are ready to turn that page. i know people are pouring through the Mueller report looking for something to talk about again tomorrow and next week and the month after that.

Hunt does not let the question rest.

Hunt: As a curious citizen, you weren't interested to read it?

Woodall: I didn't read the Bill Clinton report, either. I didn't follow any of that news.

Hunt: You weren't in Congress at the time.

Woodall: I was on the board of directors, the United States of America, as a voter. The role I play in Congress, I promise you, is not to try to bring down a sitting president.

Actually, you swore to uphold our Constitution and our laws and to enact laws that support and enrich our Constitutional rights. That’s the “role” you play. If you aren’t doing that, then you are not doing the important work you were elected to do.