A political tragedy in 3 parts 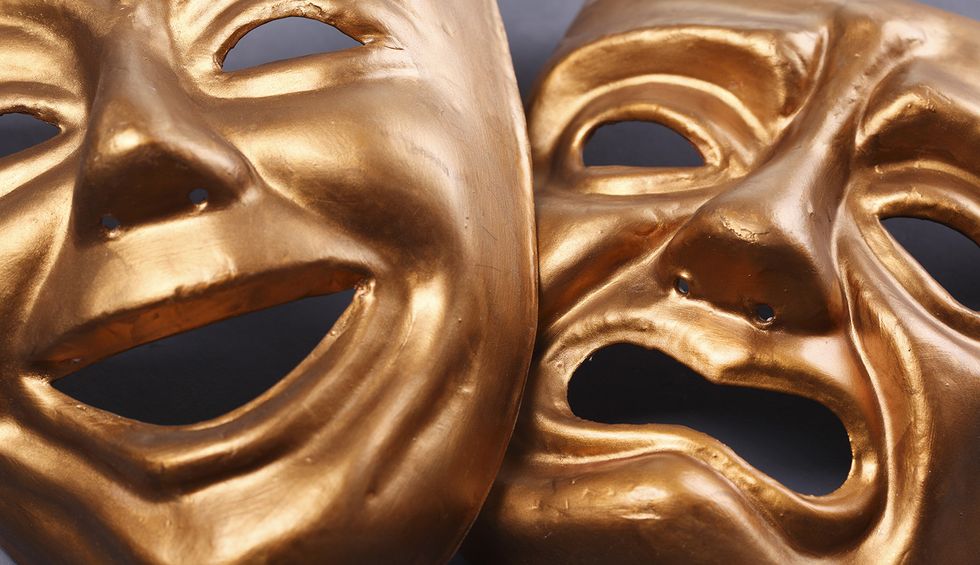 “The essence of dramatic tragedy is not unhappiness. It resides in the solemnity of the remorseless working of things…” —Alfred North Whitehead

Part One — The Climate Crisis

Imagine a world heading—remorselessly, inexorably—towards tragedy.  A world in which a clear alternative to tragedy was available, cheap, and simple, but was being undercut, if not ignored. That’s our world.  That’s today.  And of all Trump’s offenses against reason, reality, decency and honesty, it is his insistence that we continue on this tragic path toward a climate crisis that is his worst transgression.

And the chances are, the climate crisis and the tragedy it will create is likely far worse than you’ve been led to believe, for two reasons.

First, most of the climate-related estimates you hear in the news and from the IPCC have built in assumptions that we humans will take necessary actions to mitigate the worst of the climate crisis.

There’s no evidence that making such assumptions is a prudent thing to do.  We’ve known about this unfolding tragedy for three decades now, yet we’ve been steadily increasing the amount of greenhouse gasses we release. In fact, in 2018 we set a record for the most CO2 ever emitted, and for the single largest increase in emissions year-to-year. Meanwhile, in May of this year, atmospheric CO2 levels reached 415 parts per million, a level higher than it’s been for more than 3 million years – literally before the dawn of human existence.

The second reason the climate crisis is likely far more dire than most people have been led to believe is that the IPCC, most of the scientific community, and the media present mid-range scenarios for temperature increases, not worst-case forecasts, and usually they don’t include potentially dangerous feedbacks.

In other words, despite knowing that we were heading toward a planetary crisis for more than three decades we’ve stayed relentlessly, remorselessly on track to meet or exceed the worst-case IPCC estimates. The world we’re fashioning with our fossil fuel experiment is, to us, essentially an alien planet, unlike the one humanity evolved, developed and prospered in.

But here’s the real tragedy: The solutions to this problem are in hand, but we’re not adopting the policies needed to get them used, even though it would save us money and create high paying jobs.

Within the last decade, the cost of renewable energy has dropped rapidly and battery prices have plummeted, even as battery performance skyrocketed. And between 2010 and 2018, according to Bloomberg NEF, the volume weighted price of lithium ion battery packs has fallen by a remarkable 85 percent, reaching just $176/kWh. Bloomberg forecasts call for prices to continue to drop, falling from $176 per kilowatt hour to $87 per kWh in 2025, and just $62 per kWh in 2030.

A simple set of policies like putting a price on carbon, stopping new leases for fossil fuel development on federal lands, and creating a program for low-cost loans to support a switch to clean energy could make the difference. Even without these policies renewable energy is cheaper than energy generated from fossil fuels, electric cars will soon cost less than conventional cars (in fact, in Europe, they already are), and we know how to dramatically reduce the amount of carbon we generate from agriculture. But instead of acting on it, we’re continuing blindly on a path towards mass extinctions and civilization wrecking climate change.

Imagine a world in which a very few exploited the many, absconding with the vast majority of wealth and creating an economy marked by an unsustainable mix of inequality and injustice. This too, is our world.

For example, here in the U.S., analysis of a recent study revealed that since 1989—when the data used in the study was first reported—the top 1 percent increased their wealth by $21 trillion, while the bottom 50 percent lost $900 billion. This trend began in earnest in 1980, when Republicans instituted their trickle-down, corporate-friendly two step, and neoliberal Democrats went along.

But obscene theft of wealth and income isn’t just a U.S. phenomenon, it’s global.  And it too tracks the embrace of neoliberal economics and politics which seeks to shrink government’s influence, eviscerate regulatory programs, and tilt the playing field to favor capital instead of labor.

Again, the numbers reveal just how badly this neoliberal con has played out. At the end of 2017, the world’s richest 26 people owned as much as the bottom half of the world's population.

This inequality is a direct result of government policies, and the solutions are relatively well-known. The dirty little secret that free-marketeers don’t want you to know is that embracing neoliberalism inevitably leads to monopolies and monopsonies, ultimately giving corporations and the ultra-rich sufficient market and political power not only to steal the 99 percent blind, but also to completely subvert democracy.

The fact is, inequality of this magnitude typically presages people storming the palace gates with pitch forks and torches, and it is completely unsustainable.  It is also simple (although not necessarily easy) to reverse using known policies once advocated by the New Deal and now being espoused by the likes of Warren and Sanders, but once again, the Democratic Party, the media and the rest of the neoliberal establishment are gathered against them in a confederacy of dunces.

And therein lies the tragedy.

Part 3 — The Death of the Enlightenment

Imagine a world where superstition supplanted reason; where myth trumped reality.  Increasingly, that’s our world too. In many ways this is the root cause of the other tragedies we are creating.  We are witnessing an epochal shift in our socio-political world.  We are de-evolving, hurtling headlong into a past that was defined by serfs and lords; by necromancy and superstition; by policies based on fiat, not facts.

Much of what has made the modern world in general, and the United States in particular, a free and prosperous society comes directly from insights that arose during the Enlightenment.

Too bad we’re chucking it all out and returning to the Dark Ages.

First, Francis Bacon’s Novo Organum Scientiarum (The New Instrument of Science) introduced a new way of understanding the world, in which empiricism, facts and—well, reality—defined what was real. It essentially outlined the scientific method: observation and data collection, formulation of hypotheses, experiments designed to test hypotheses and elevation of these hypotheses to theories when data and experiments consistently supported them. It was and is a system based on skepticism, and a relentless and methodical search for truth.

Now, we seek to operate by revealed truths, not reality.  Decrees from on high—often issued by an unholy alliance of religious fundamentalists, self-interested corporations, and greedy fat cats—are offered up as reality by rightwing politicians.  And of course, nothing can match the non-sense—and I use the term literally—of Trump’s insane prognostications.

We have climate change deniers in the face of a changing climate. We have people like Paul Ryan and Mitch McConnel who create massive deficits from tax cuts for the rich, even though we’ve tried trickle down and supply side at least three times now, and it has failed every time.  Facts don’t matter. Belief in astrology is on the rise. And more than forty percent of Americans believe Jesus will return to Earth before 2050, presumably ushering in the “end times.”

And we have a press that thinks a “balance” between the forces of darkness and reason is reasonable. Meanwhile, trust in scientists is eroding.

At a time when we have to navigate using empiricism, data, observation and skepticism in order to preserve some part of the progress we’ve made, and some of the natural life support systems we rely on, we are increasingly reverting to teleological reasoning in the pursuit of nonsense.

And this may be the greatest tragedy of all—those who advocate the kind of progressive policies that would halt climate change, restore an equitable distribution of wealth, and take on the increasingly irrational drift of our culture are rejected by their party, under-covered by the media, and discounted by the pundits.

Unless we the people rise up these tragedies will continue to play out, remorselessly, inexorably, and inevitably.