A moral budget for 2020: Creating a visionary blueprint to end poverty 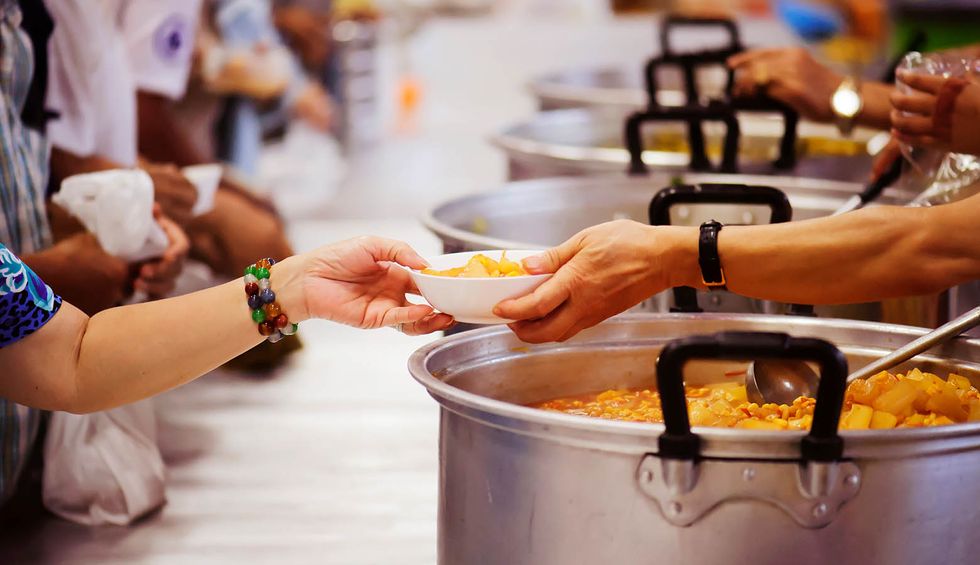 In 2018, the Poor People’s Campaign, led by Rev. Dr. William Barber II and Rev. Dr. Liz Theoharis, released an agenda addressing systematic poverty in the United States. On June 17, the Poor People’s Campaign along with the Institute for Policy Studies released a “Moral Budget” outlining how the government can not only pay to shift the system to address that agenda—but make a healthier and stronger nation. Indeed, the report also illustrates that continuing our current trajectory is actually more costly than making the shift.

The report, “Poor People’s Moral Budget: Everybody Has the Right to Live,” details how we can extract ourselves from harmful systems, and invest in rebuilding our failing infrastructure, create jobs, provide health care and housing, and alleviate poverty—simply by making some basic moral choices on how we distribute the federal budget.

Rev. Dr. Liz Theoharis is co-chair of the Poor People’s Campaign. “This budget flips the question of cost and raises the question of benefits. This budget looks at how much better we could be as a nation if we fixed inequality. We must invest now,” she says.

Theoharis says it’s time to create jobs outside the military, as well as health care, housing, and education for everyone in this country. “This is a country of abundance. The problem we have is public policy has funneled too much to too few.”

Rev. Dr. William Barber II is co-chair of the Poor People’s Campaign. The report, he says, comes from both empirical and anecdotal evidence. He stresses the Poor People’s Campaign isn’t divisive on race lines. Rather, he says, “This movement is made up of people from every corner of this country… We’ve met people from eastern Kentucky to the Carolinas… Massachusetts to the lowlands of Alabama.” There are poor people everywhere in this country. With 140 million poor people in the United States, there are likely poor people where you live.

And while people might tend to assume the poor are all people of color, “the highest number of those in poverty are White,” says Barber. “We need to hear that,” he adds.

“The United States has abundant resources for moving America toward a moral and just economy. We have enough,” he says.

What we need is the moral resolve to address the poor.

Barber points to what he calls the “five interlocking injustices” that create poverty:

Barber says these injustices are all connected, so when looking to solutions, they all need to be addressed together.

With 43.5 percent of Americans living in poverty, he says, “We as a nation must make it our priority to look at poverty as a symptom of these injustices.”

“This is not [a] far-left or far-right issue. It’s rooted in our deepest religions and our Constitution,” Barber adds. “We cannot wait or waste another generation.”

He says investing in our moral necessity will yield tremendous economic and social benefit. The report is a holistic guide on how to do that.

Julianne Malveaux is an economist who supports the recommendations of the report. She echoes Dr. Martin Luther King Jr. when she asks, “Why are there so many poor people in this country? You have to ask about the basic economics. [King] was talking about structure. And that’s what’s so important about this report. It’s about structure.”

Malveaux looks at the report as “jobs development opportunities as opposed to incarceration. It requires people to have a paradigm shift. It requires us to put down our arms on the poor.”

It’s also a call to end the predatory capitalism of parking tickets and bail, which disproportionately and harshly impact the poor, their families and their communities. Like the report says, she notes, “Everybody has the right to live. We need to look at the ways contemporary public policy serves capitalism and not human need... We have the resources for people to have happy lives.”

And, she says, we need to acknowledge there are alternative ways of dealing with our resources.

Theoharis notes people are dying from lack of health care, shelter, and heat. “This budget is a response to those demands. We can afford this, and we can’t afford not to do this.” The report, she says, shows us the facts and figures and what we can do.

“We’ve looked at a wide range of economic research,” she says, calling for “Fair taxes on the wealthy corporations and Wall Street.”

It is possible to meet the demands of the 140 million poor people in the United States, says report author Shailly Gupta Barnes. “But it’s only possible when you do it all together. There is enough for everything, because we’re looking at the whole system.”

“So often the response is to pity the poor and believe poverty is the fault of the poor,” she continues. “When we follow the direction that poor people are revealing—we need housing, food, and water—we can make things better for the whole country.”

“We believe in bottom-up organizing,” says Barber. “It is critical we build from the bottom up.”

The Poor People’s Campaign will embark on a nine-month nationwide campaign of raising awareness and voter registration beginning in September and culminating with a June 2020 Moral March on Washington.

Barber cautions this isn’t just about the 2020 election. “We aren’t just looking at one election. Forty-three point five percent of this nation lives in poverty and low wealth. This is a national crisis. That is what we must focus on.”

After all, trickle-down economics hasn’t worked, says economist Darrick Hamilton. “We do have the economic ability,” he says. But do we have the moral will?

“Who are we?” Barber continues. “And can America do what she says?”

Where is our moral center as a nation?

Theoharis encourages the consideration of how to correct the lie of scarcity, and how to keep these issues from being siloed.

It’s not just one piece, she says. It’s putting it all together to lift the load of poverty, together.

The group has also made a plea to the media, asking them to do more in-depth stories about poverty. Rather, noted one speaker at the report’s press event, “You’re covering the circus on Capitol Hill.”

A Candidates’ Forum followed the event, where poor people organizers asked nearly a dozen 2020 presidential candidates their stances on poverty given their report.

Barber noted it doesn’t matter what candidates say. Action is what they are looking for. In addition, organizers are declining to endorse any candidate at this time.

Read the report at ips-dc.org/report-moral-budget and at poorpeoplescampaign.org/budget. Their 2018 report, “The Souls of Poor Folk: Auditing America 50 Years After the Poor People’s Campaign,” is also recommended reading.