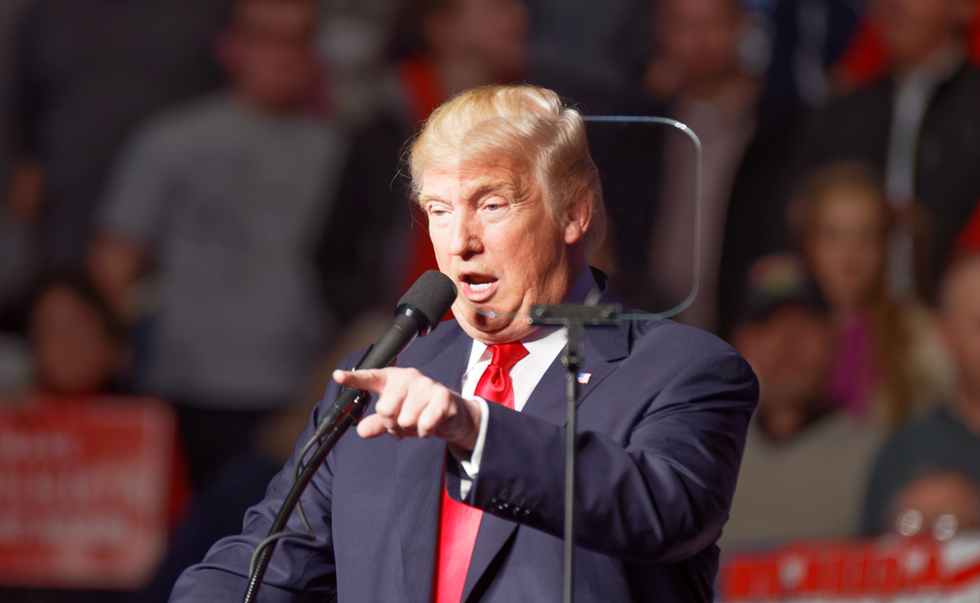 Trump's rambling and incoherent tweets made little sense. For example, this one in which he may or may not be quoting Fox News, saying, "The Greatest Witch Hunt of all time continues. All crimes were by the other side, but the Committee refuses to even take a look. Deleting 33,000 Emails is the real Obstruction - and much more!"

Or this thread, in which Trump appears to be quoting his top defender, Sen. Lindsey Graham.

Googling the quotes brings up only Trump's tweets, so it's unclear if these are actual quotes.

This one clearly is all Trump:

There were more, of course.

And Trump is being roundly mocked for them, for instance by HuffPost editor-at-large and Sirius XM Progress host Michelangelo Signorile, who sums up Trump's morning:

There was also wide-spread mocking of this tweet which Trump deleted then replaced to fix a typo:

This is because the Euro and other currencies are devalued against the dollar, putting the U.S. at a big disadvanta… https://t.co/VNup5q1djm
— Donald J. Trump (@Donald J. Trump) 1560257229.0

This would be a terribly dangerous thing for a president of the US to say about the Federal Reserve if anybody took… https://t.co/cD4o2l3LYK
— Bruce Fulton (@Bruce Fulton) 1560256655.0

Here, the author of the Bloomberg piece Trump is using to spread falsehoods directly pushes back against the president:

And the even Bloomberg Opinion corrects the president: