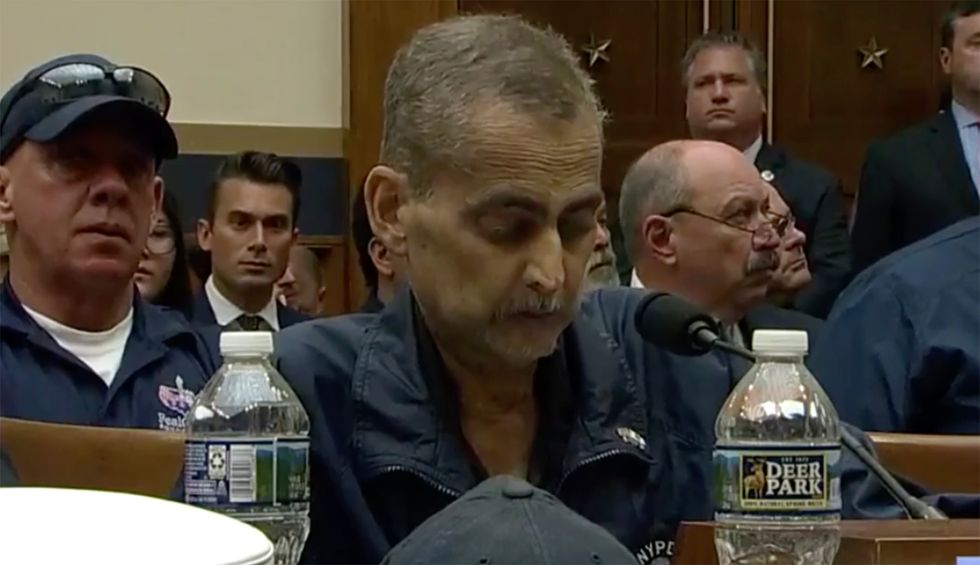 Days after Senate Majority Leader Mitch McConnell appeared on Fox News to say he doesn’t understand why Jon Stewart is “so bent out of shape” over the Senate majority leader’s foot-dragging on a long-term funding fix for the health care of September 11th first responders and the care of their surviving spouses and children, yet another responder is facing end-of-life care.

After testifying before Congress last week, Luis Alvarez, a retired New York City bomb squad detective, had been scheduled to undergo his 69th round of chemotherapy for liver cancer. Alvarez told the lawmakers, “You made me come down here the day before my 69th round of chemo and I’m going to make sure that you never forget to take care of the 9/11 responders.”

However, Alvarez announced on Facebook that he has entered hospice care. He told the House Judiciary Committee last week that he did not regret his work at the World Trade Center.

“I have been to many places in this world and done many things, but I can tell you that I did not want to be anywhere else but ground zero when I was there,” Alvarez told lawmakers.

He added, “Now the 9/11 illnesses have taken many of us and we are all worried about our children, our spouses and our families and what happens if we are not here.”

This is the urgency, Mitch McConnell. Shame on everyone in Washington, D.C., who continues to put these men and women and their families through such stressful uncertainty about their care. Shame on them for trying to prevent responders and Lower Manhattan residents from filing new claims as new 9/11-related cancers present.

9/11 first responder John Feal, who says he has attended 180 funerals for fellow first responders in the past 18 years, also attended the hearing; he described how difficult these trips to D.C. truly are for them, saying, “Getting them down from where they live in New York or New Jersey, down I-95 and changing their oxygen tanks or going into a rest stop to take their medications. It’s a burden on them psychically and mentally. These trips are brutal.”

Feal appeared on MSNBC’s The Beat with Ari Melber after the hearing to talk about the experience, and specifically called out the inaction of Republican leadership.