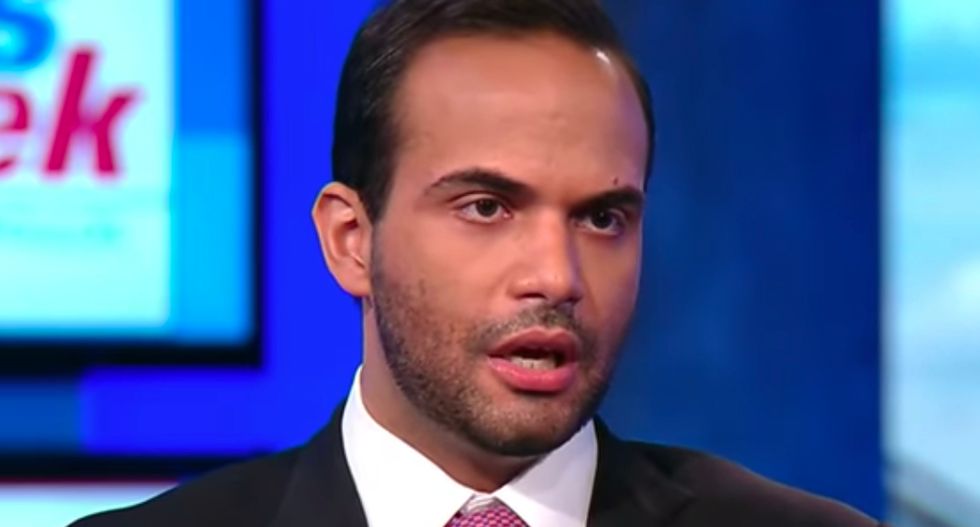 In September 2016, two months before Donald Trump was elected president, Trump campaign adviser George Papadopoulos was in a bar in London when a woman who identified herself as a researcher named Azra Turk asked if the Trump campaign was working with Russia — and the New York Times is reporting that Turk was actually a government investigator posing as a research assistant.

Turk’s presence in that bar, according to Times reporters Adam Goldman, Michael S. Schmidt and Mark Mazzetti, “shows the level of alarm inside the FBI during a frantic period when the bureau was trying to determine the scope of Russia’s attempts to disrupt the 2016 election, but could also give ammunition to Mr. Trump and his allies for their spying claims.”

Trump has long alleged that his 2016 campaign was the subject of government spying, and Attorney General William Barr addressed that allegation last month when he told Congress, “I think spying did occur.”

Turk, the Times reports, went to London to oversee the operation and worked with informant Stefan A. Halper, a Cambridge professor. However, the operation “yielded no fruitful information,” according to the Times’ report, and is now being scrutinized by Michael E. Horowitz, inspector general for the U.S. Justice Department.

Turk’s real name is not known.