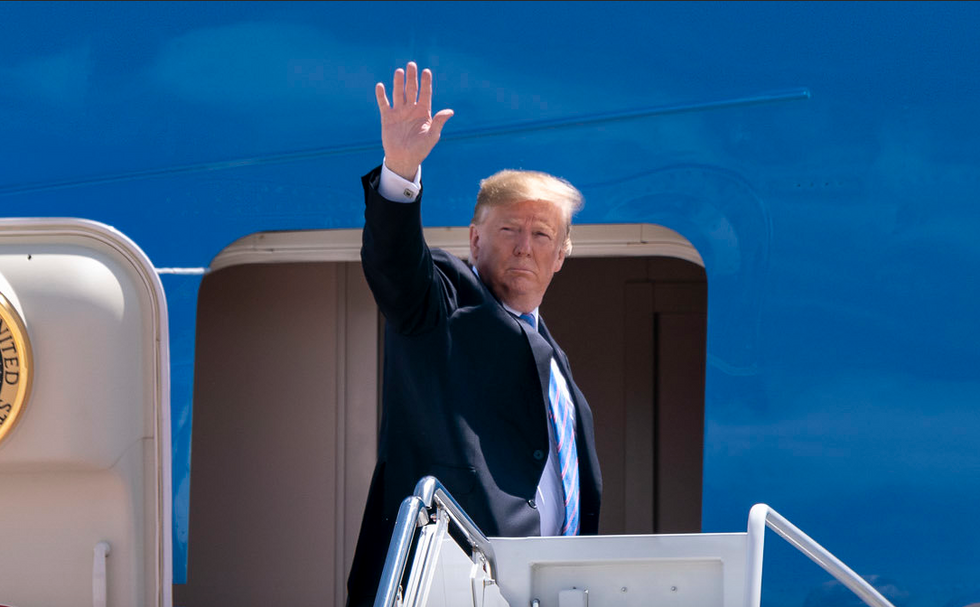 Has the American press learned anything since President George W. Bush drove the country into the Iraq War on false pretenses and warped intelligence? Hopefully, it has — but we may be on the verge of a high-stakes test of this hypothesis.

President Donald Trump's administration appears to be on the cusp of walking us into a new conflict with Iran. And while the most recent machinations surround new events and supposed intelligence findings, we need to be clear about how this all started: Against the advice of many of his top aides, Trump decided to pull out of the Iran nuclear deal crafted under President Barack Obama. The deal strictly limited Iran's ability to create a nuclear weapon, a goal nearly everyone in the U.S. shares, but Republicans decided that anything with Obama's name on it was toxic — so it had to go.

And then, last month, the administration announced it was labeling the Iranian Revolutionary Guard Corps a terrorist organization, and unprecedented and aggressive move.

That brings us to this month, when officials have now been trying to convince the public that there is intelligence suggesting that the threat from Iran is growing — even though just last month U.S. Central Command released a report saying the regime had no interest in going on the offense against the United States unless provoked.

But Acting Defense Secretary Patrick Shanahan — who has recently been nominated to fill the role permanently —  told Congress that the state of play had shifted.

Here's how the Times reported his testimony:

The new intelligence reports surfaced on the afternoon of May 3, Mr. Shanahan told Congress last week.

It's not clear yet, though, what these reports really show. National Security Adviser John Bolton announced that he would send aircraft carriers and bombers to the Persian Gulf in response to the new information. But as I've argued before, Bolton is the quintessential unreliable narrator — he was, after all, a part of the administration that manipulated the intelligence to make the case for the Iraq War under Bush. Even Bush would later sour on his former ambassador to the United Nations, saying, "I don’t consider Bolton credible."

And the Daily Beast reported last week that administration officials believe Bolton was "overreacting" to the intelligence. Some sources, though, suggested to the Daily Beast that the threat from Iran exists.

The Associated Press credulously reported Monday that a U.S. official said that the military has assessed that Iran is likely responsible for a recent attack on oil tankers near the United Arab Emirates over the weekend. But the story was thinly sourced, relying only on one anonymous official citing a military assessment.

Bolton is clearly gunning for Iran, and Trump may well be led by him to war. So reporters must be particularly skeptical of what administration sources are saying, whether they're speaking anonymously or before Congress. Who's agenda are they serving? How reliable is the information they're citing? We've seen how badly the government can get these sorts of crucial judgments wrong.

And there are signs it is making such a mistake now.

The Times noted that Jeremy Hunt, the British foreign secretary, expressed concern about the path Bolton is taking us down: “We are very worried about the risk of a conflict happening by accident, with an escalation that is unintended really on either side."

Captain Bill Urban, a spokesman for Central Command, said that Ghika's claims "run counter to the identified credible threats available to intelligence from U.S. and allies."

"Why wouldn't the General know this?" asked McLeary. "They have the same information."

It's far from clear what's going on here. There may indeed be some yet-unidentified threats from Iran that the U.S. government should take seriously. But British officials — officials who should be in the know — seem to be suggesting otherwise, and they are clearly concerned about what the United States might do. And the American role in any rising tensions, beginning with Trump's tearing up of the nuclear deal, is the vital context for understanding any emerging conflict. So reporters should be particularly skeptical of any claims they're hearing as the Trump administration — with John Bolton at the helm of national security — coalesces around the idea that Iran poses an imminent threat.