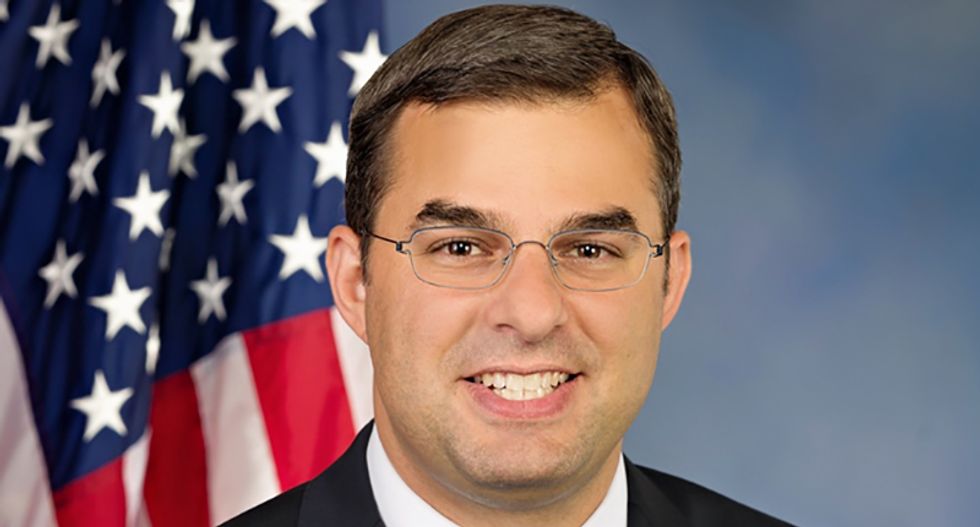 The Michigan Republican finished reading special counsel Robert Mueller’s report, which he faulted other lawmakers for neglecting to do, and concluded the president had engaged in impeachable conduct — and Attorney General William Barr had misled the public about the investigation’s findings.

House Minority Leader Kevin McCarthy and the president accused Amash of going public with his concerns just to gain attention, and Republicans falsely accused the libertarian conservative of voting most of the time with Democrats.

Chait pointed out that Republicans are trying to position Amash, who has already drawn a new primary challenger since going public, as an outsider — but he cautioned this approach could have unintended consequences for Trump and the GOP.

“The grain of truth in the accusations against Amash is that Amash is contemplating a presidential candidacy with the Libertarian Party,” Chait wrote.

“A real right-wing third-party challenge, by a Republican (who hails from a swing state) would be a nightmare for Trump’s reelection,” he added, “and the more Republicans attack Amash, the more they close the door on any chance he can return to Congress, where he mostly votes with them, and push him instead to run against Trump. The short-term goal of discrediting Trump’s critics may bring with it a much larger long-term cost.”