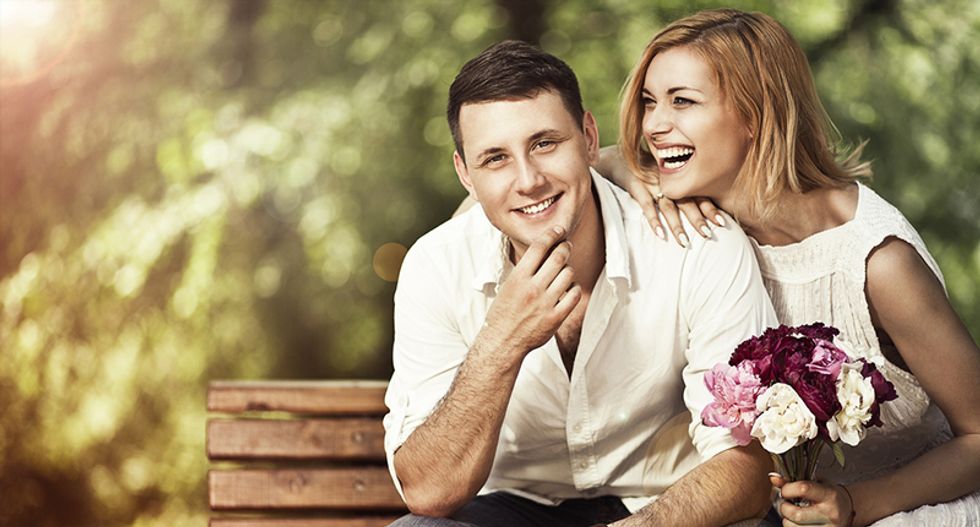 Have you ever thought: Who am I? What the hell am I doing? And how did I get here of all places? Probably at some point in your life, if not on a daily basis, you’ve asked yourself these questions. And if you’ve ever turned to the bookshelves for your answers, the new podcast "Self? Help!" is for you. For Season One, I asked best-selling authors the story behind the book that helped them navigate a pivotal moment in their life.

When Eli Finkel, a psychology professor at Northwestern University and author of "The All or Nothing Marriage," was researching contemporary marriage, he observed a curious trend.

“At least in the U.S.,” says Finkel, “marriage has changed in ways that have made the best marriages better than before and the average marriage worse than before. And I was trying to figure out what is it that’s led to this divergence?”

To find an answer, he turned to history and studied the role of marriage in our lives over the years.

“And one of the things I learned,” says Finkel, “is that marriage in the U.S. has, loosely speaking, been through three general eras.”

The good news is that these three general eras get mildly less depressing over the years, starting with the colonial times and what Eli calls the institutional era, when marriage was all about our basic survival needs.

“Most people didn't say in that era, ‘Jennifer, she's completely lovely, but I don't really feel the pitter-patter, so I'm not going to marry her,’” said Finkel. “That would have gotten you laughed out of your colonial hamlet. Marriage wasn't about love and it wasn't even about the personal fulfillment of the individuals. Marriage was essential for survival. The things you would look for in a spouse were things that were oriented literally toward food, clothing, shelter, the very basics. I mean, if you wanted light, that meant that you made the candle.”

In the second era, the companionate era, you could save yourself an afternoon of hard labor by picking up a candle at the store, which freed you up to search for true love in the big city.

“So with the rise of the factory work, urban centers in the U.S. serve as magnets for people from rural areas and from other countries," said Finkel. "And for the first time ever, anywhere, you have a new social system where young men and women are geographically and economically independent of their parents. And for the first time ever, anywhere, they start to have more of a say about what they're going to prioritize in a marriage. And they want to marry for personal fulfillment, and in particular they want to marry for love. This was the dominant idea.”

And this dominant idea went south in the late '50s and early '60s, when people realized it came with soul-crushing and prescriptive gender roles.

The '60s started the third era — the self-expressive era — where we still find ourselves today.

“You get a sense that yes, people still want love from their marriage,” said Finkel. “They really care.”

Love is not dead. But there is a catch.

“Love is no longer sufficient,” says Finkel. “These days you might say, I love the person but I'm not growing. And what people increasingly want is to live an authentic life. They want a spouse, or a significant romantic partner, to bring out the best in them, and they would like to do that for the partner as well.”

When Eli saw how we’ve progressed from working the land with our spouses to expecting them to help us work on our soul, he saw a connection to a familiar psychological model: Abraham Maslow's hierarchy of needs.

After Eli mashed up Maslow’s hierarchy with the different eras of marriage, he discovered an explanation for why bad marriages were sucking hard and good marriages were rocking it.

“And I realized that this transition that we have made in how we think about marriage in the U.S. from the bottom of Maslow's hierarchy to the top of Maslow's hierarchy had interesting implications,” Finkel said. “The most important of which [is that] meeting those higher-level needs is actually harder. It requires more deep insight into each other's essences and unconscious blockages and all those sorts of things than meeting the earlier needs. And therefore more marriages are falling short of our expectations.

"And therefore more marriages are a little bit disappointing than in the past," he continued. "Those marriages that succeed at the top of Maslow's hierarchy are able to achieve a level of richness and fulfillment that had been unavailable in earlier decades.”

Finkel was thrilled to connect the dots between Maslow’s hierarchy and the three eras of marriage, but his insight left him with a nagging question.

“I was left a little bit hanging in ways that I didn't anticipate when I thought, well, what is authenticity?” says Finkel. “What is self-actualization? And if we adopt Maslow's version of it, everything fits together nicely."

But for Eli, everything didn't fit together nicely. To hear the rest of Eli’s story of the book that helped him through his existential crisis, listen to Episode 5 of “Self? Help!”