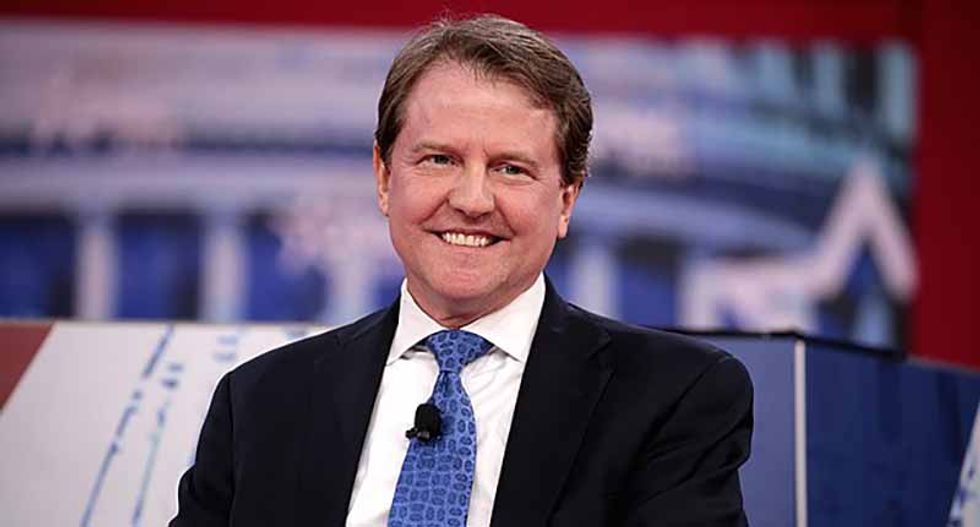 Officials, including Attorney General William Barr, had indicated that Trump might exert executive privilege to keep McGahn from testifying or releasing documents. The letter issued on Tuesday by current White House counsel Pat Cipollone claims that the documents remain “legally protected from disclosure under longstanding constitutional principles,” which seems to be an explicit claim of privilege without using the term.

The letter also states that acting chief of staff Mick Mulvaney “has directed Mr. McGahn not to produce these White House records in response to the Committee’s April 22 subpoena.” And if there’s any doubt about William Barr’s involvement, the letter states, “The Department of Justice is aware of and concurs with this legal position.”

In issuing the subpoena, Rep. Nadler said that “Mr. McGahn is a critical witness to many of the alleged instances of obstruction of justice and other misconduct described in the Mueller report. His testimony will help shed further light on the President's attacks on the rule of law, and his attempts to cover up those actions by lying to the American people and requesting others do the same.”

But once again Donald Trump has ordered members of his staff to ignore congressional subpoenas, defy the law, and block resolution of critical issues.