What Trump's Harriet Tubman snub says about his worldview 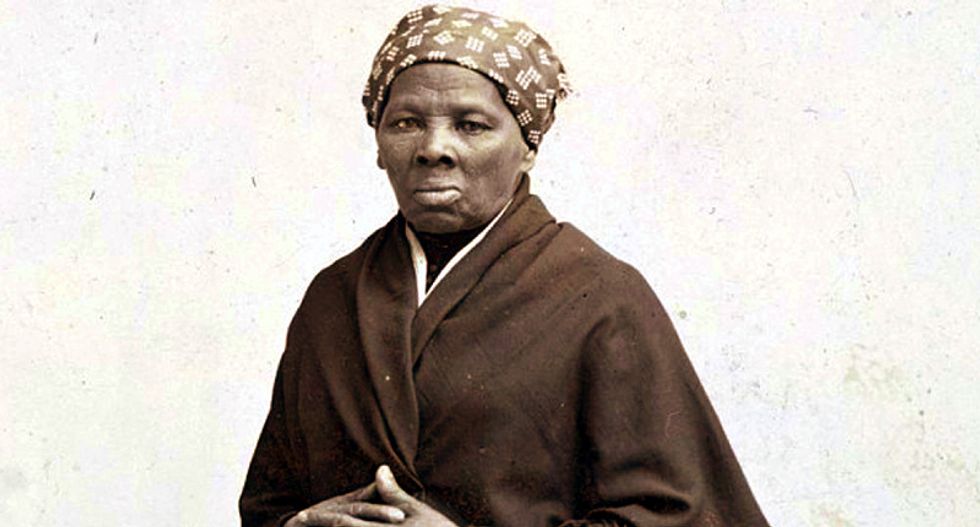 In 2016 a poll was conducted to find out which American the country wanted to replace Andrew Jackson on the $20 bill. When it was all said and done, the person who had the most votes was the great abolitionist Harriet Tubman.

As with every other Obama initiative, Trump has made it a point to delay or stop this from happening. He has called it an act of political correctness and suggested that her image should be on a $2 bill instead. (The $2 bill has not been removed from circulation, but the Federal Reserve System does not request the printing of that denomination as often as the others.)

Now, Treasury Secretary Steven Mnuchin has announced that he is focused solely on the security features of the currency revamp and that what the currency would look like would be left for a successor. In his words, "It is not a decision that is likely to come until way past my term." By that, he meant 2026 or even as late as 2028.

I am not surprised that Trump is ordering Mnuchin to postpone the new design until he is out of office. Not only is Trump an avid fan of Andrew Jackson, but he has also shown on numerous occasions that he knows close to nothing about African American history (remember his embarrassing remarks about Frederick Douglass?).

Surprising or not, I still think the President's attitude towards one of the most courageous and influential freedom fighters in our country's history should be called out for what it is. Trump is not pushing back against political correctness, defending the reputation of a U.S. war hero, or safeguarding our nation's currency. Donald Trump is, put simply, expressing and enacting an overtly racist agenda. As far as Trump is concerned, it will be a cold day in Hell before he lets a black woman onto American money. Not on his watch. Not if he has anything to do with it.

As I think about this latest act of antagonism towards African Americans, I can't help but recall Michael Cohen's testimony before Congress.  Speaking as candidly as he has in his entire professional life, Cohen labeled Trump a "racist, a conman, and a cheat." In his testimony, Cohen claimed that the president made riffs on his infamous "shit hole countries" remark, used bigoted language about black people living in Chicago, and said that black voters were "too stupid" to vote for him."

Months prior to his testimony before the House Oversight and Reform Committee, these remarks were echoed in a Vanity Fair interview  In the late 2000s, while they were traveling to Chicago for a Trump international Hotel board meeting, the magazine quoted Cohen as saying, "We were going from the airport to the hotel, and we drove through what looked like a rougher neighborhood. Trump made a comment to me, saying that only the blacks could live like this."

Needless to say, most Americans were not shocked by these revelations. It is well known that Trump is a racist. It has been a matter of public record since the 1970s. As a developer and landlord, Trump routinely denied minorities from renting his properties. The FBI (deep state conspiracies aside) has released nearly 400 pages of records on an investigation the bureau conducted into alleged racial discrimination in the rental of apartments from Donald Trump's real estate company. In fact, in October 1973, the Civil Rights Division filed a lawsuit against Trump Management Company, Donald Trump and his father Fred Trump, alleging that African Americans and Puerto Ricans were systematically excluded from apartments. The Trumps responded, as is their custom, with a $100 million countersuit accusing the government of defamation.

With all of that said, so what if Trump is a racist? So are millions of his fellow citizens. Who should care if he denied blacks an opportunity to rent from him or loathes the idea of putting Harriet Tubman on the $20 bill? What difference does it make? I guess it doesn't make that much of a difference. If I were a minority, I would not want to live in a property owned by a racist anyway. And if I admire Tubman's utter fearlessness in the face of an evil system like slavery, there is nothing a piece of currency is going to do to enhance or diminish her legacy.

It would be one thing if Trump was just another racist. He is not. He is also the current architect of our nation's immigration policy. His words mean something to those who have to suffer the consequences. Trump is also the commander of the world's most powerful military. When his racist views are converted—often haphazardly and maliciously—into national and foreign policies, people suffer.