'We have to go back to Hitler days': New report reveals disturbing account of 'terroristic threats' in an anti-immigrant militia 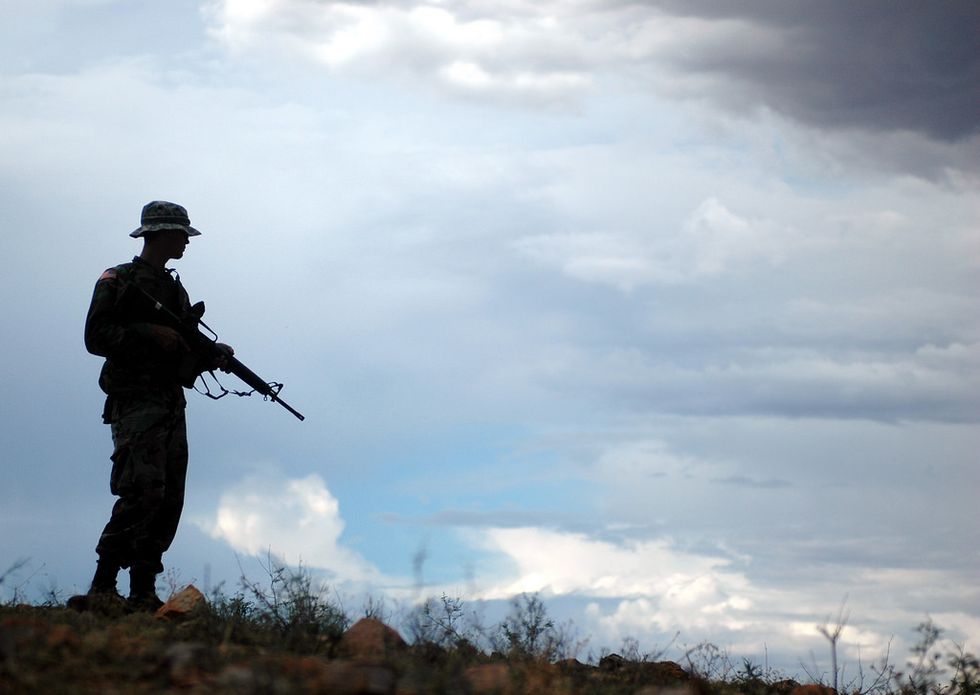 A new report from The Young Turks reporter Ken Klippenstein reveals a frightening glimpse into the dark anti-immigrant world of border militia groups.

These groups have gotten attention after one organization, the United Constitutional Patriots, was accused of kidnapping and holding a group of migrants while impersonating Border Patrol agents.

Klippenstein uncovered an April 24 police report that recorded allegations made by Steve Brant, a member of the group. He shared his concerns about "terroristic threats" in the group and one particularly vicious and fascistic tirade from another member.

“Why are we just apprehending them and not lining them up and shooting them,” one member, Armando Gonzalez, reportedly told Brant of immigrants crossing the border, according to the report. “We have to go back to Hitler days and put them all in a gas chamber."

According to the police report, on the night of April 24, Brant and other UCP members had been monitoring the border when they observed several people crossing. Brant told police that another member, identified as Armando Delgado Gonzalez, then handed him a handgun and ran to his vehicle and grabbed an AR-15.

Brant said he gave Gonzalez back his gun and told him to put the weapons away since they were only to observe and report activity. Brant said Gonzalez then became upset and made the remarks about Hitler and gassing their detainees.

Brant told police that he was going to start a new group “that followed the law.”