Watch: Steve Mnuchin squirms after Iowa Democrat corners him on the negative impact of Trump’s tariffs in her state 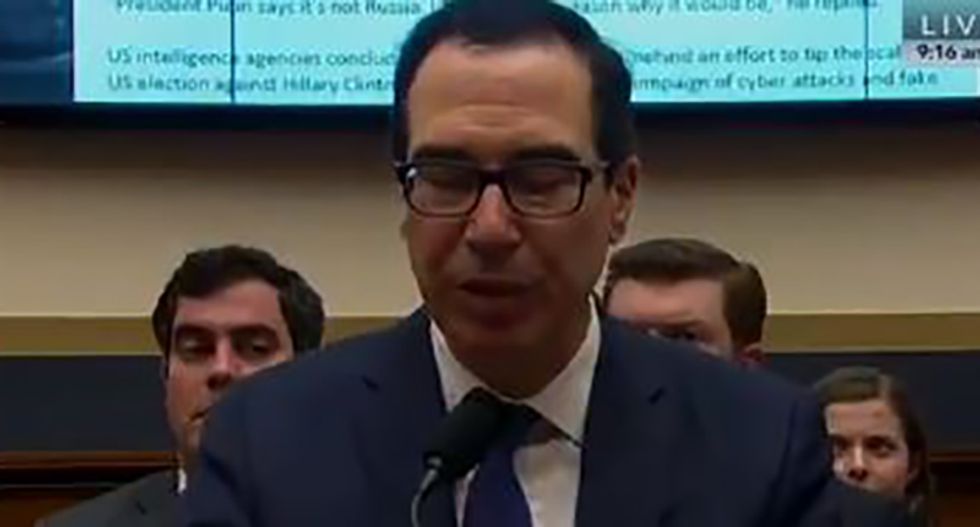 During a hearing at the House Financial Services Committee, Axne asked Mnuchin pointed questions about the impact that tariffs were having on American businesses and consumers — and Mnuchin at one point even tried to deny that tariffs were taxes.

After Mnuchin repeatedly dodged her questions about whether businesses would most likely pass on increased production costs to American consumers thanks to Trump’s tariffs, Axne stopped him and told him he was not giving her a “straight answer.”

“Do you agree that American consumers will be paying more as a result of these tariffs?” she asked.

“I don’t necessarily agree with that and that’s something we’re monitoring very carefully,” he replied.

“So you disagree with all of our key retailers in the country, the experts who say that a tariff is most likely passed on to consumers, that’s historically what happens, you disagree with that as the secretary of the treasury?” she asked.

“There may be a small number of items where the tariff may be passed on,” Mnuchin replied, although he tried to claim that Trump would exert some kind of power to make sure the costs aren’t passed on to consumers.

“I think it’s the importers who make the decisions on that!” Axne shot back. “It’s their products that they’re importing!”