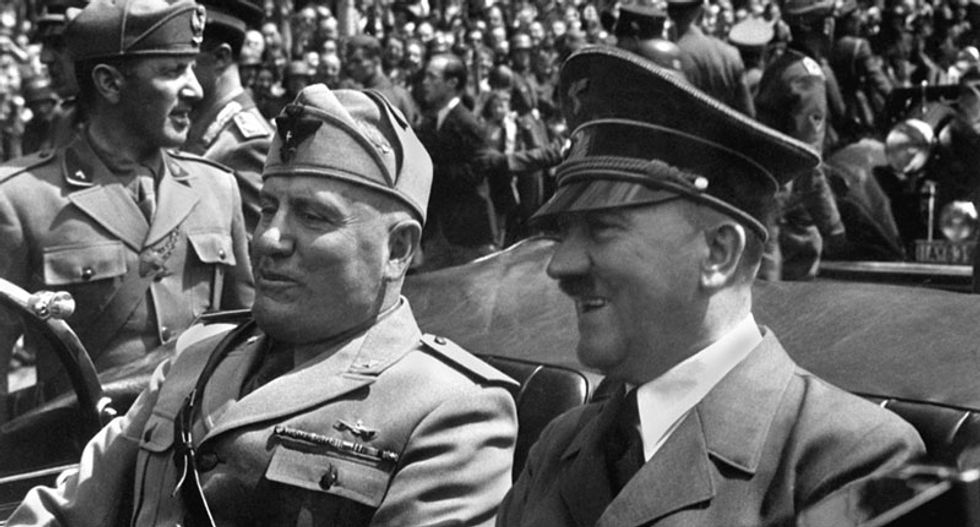 Royalty-free stock photo ID: 249572923 Hitler and Mussolini in Munich, Germany, June 18, 1940. Hitler was at a high point, as his army accomplished a string of victories and was completing its conquest of continental Western Europe. - Image
David Badash
and
The New Civil Rights Movement
May 28, 2019 Video

"However, the goal of political appointees in the Trump administration is not just to change the climate assessment’s methodology, which has broad scientific consensus, but also to question its conclusions by creating a new climate review panel," The New York Times reports. "That effort is led by a 79-year-old physicist who had a respected career at Princeton but has become better known in recent years for attacking the science of man-made climate change and for defending the virtues of carbon dioxide — sometimes to an awkward degree."

“The demonization of carbon dioxide is just like the demonization of the poor Jews under Hitler,” said the physicist, William Happer, who serves on the National Security Council as the president’s deputy assistant for emerging technologies.

Here's the video of Happer's 2014 remarks, which was re-posted earlier this year by Media Matters for America's news director, John Whitehouse. In it, Happer also tells CNBC's Andrew Ross Sorkin to "shut up."

Vox co-founder and editor Matthew Yglesias retweeted the video Monday evening, saying, "That quote sounds bad, but when you listen to it in full context it’s actually worse than it sounds."

The New York Times article is also disturbing. You can read it in full here.