Washington DC restaurateur seats Betsy DeVos 'where no one can see her': report 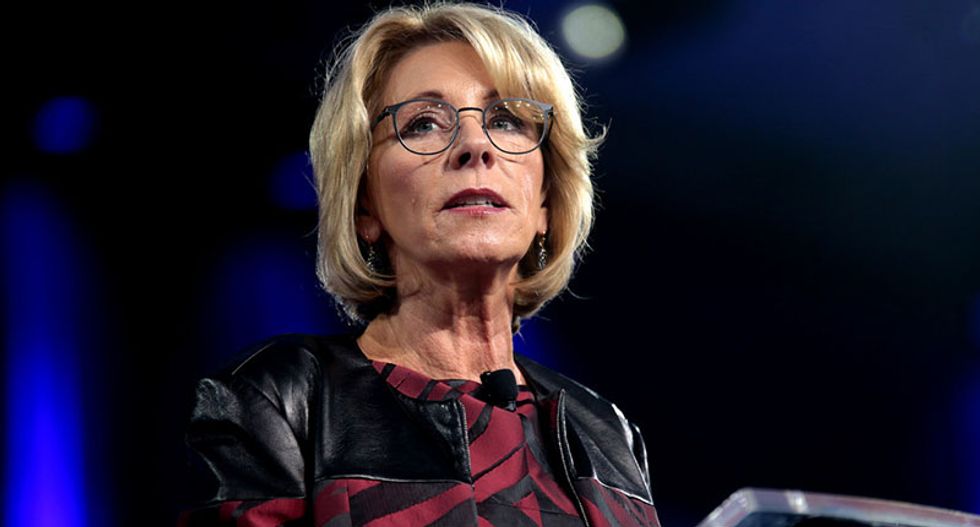 Washington, D.C. has some of the most expensive restaurants in the northeastern United States, and many of their customers work in the federal government in some capacity. But that doesn’t mean that restaurant owners are necessarily going out of their way to broadcast exactly who those customers are — and if the customer is Secretary of Education Betsy DeVos, discretion might be the best policy.

The Daily Beast’s Pilar Melendez reports in a May 13 article that one restaurant in the nation’s capital seats DeVos “where no one can see her.” A restaurateur is quoted anonymously as saying, “The only thing I wish is that nobody walks by my window and realizes she’s dining with us.”

Melendez also reports that Stephen Miller, a senior policy adviser for President Donald Trump, was “confronted” in a Washington, D.C. restaurant and “never came back.” Miller has been a strong influence on Trump’s immigration policy, reportedly encouraging the president to ramp up his hardline approach with undocumented immigrants.

DeVos is the sister of Erik Prince, former CEO of the notorious private security firm Blackwater (which was renamed Xe Services and later, Academi). In March, DeVos came under fire over proposed cuts to the Special Olympics program.