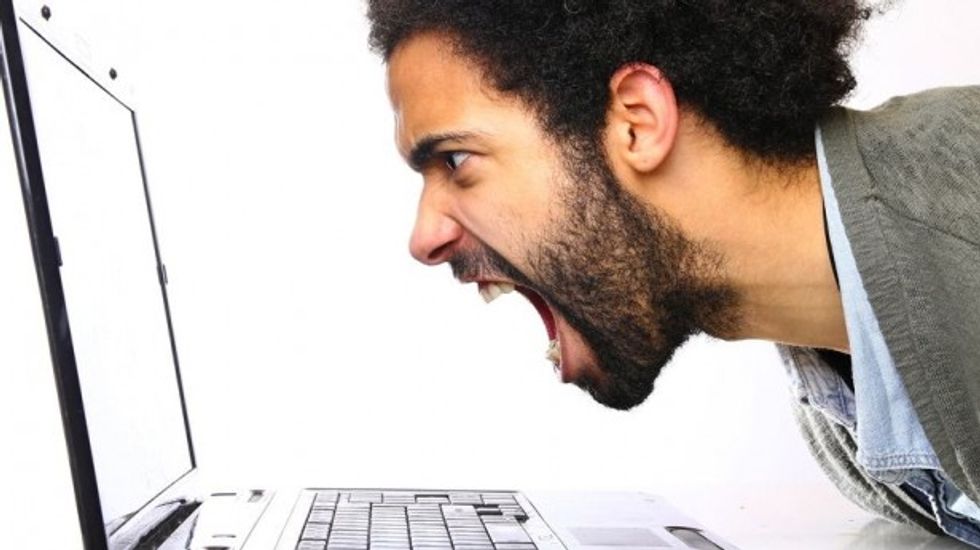 In 1985, media critic Neil Postman authored the best-selling book, “Amusing Ourselves to Death,” in which he argued that the ascendancy of television was destroying public discourse in America. His primary support for this claim was that the medium of television was so structurally biased toward entertainment, triviality, and spectacle that it was incapable of fostering serious, sustained, and rational deliberation. The first time I read Postman’s book, I was skeptical. More than 30 years later, I not only agree with Postman, but I see an equally seismic cultural shift occurring, one that is moving us even further away from healthy public dialogue.

Just as the Age of Typography gave way to the Age of Television, the Age of Television is steadily giving way to the Age of Twitter. Nowhere is this shift more evident than in President Trump’s obsessive use of the platform. But the president is far from alone, as the popularity of congresswoman Alexandria Ocasio-Cortez’s Twitter feed suggests. Given Twitter’s growing centrality in our politics, I follow Postman’s lead by highlighting the defining traits of this communication platform and the dangers it poses to us all. Research suggests that Twitter is defined by three main characteristics: simplicity, impulsivity, and incivility.

First, thanks to its 280-character limitation, Twitter structurally disallows communication that is sophisticated and complex. While people can say things that are smart and witty on Twitter, they cannot convey complex ideas. You cannot, for instance, explain Kantian philosophy in 280 characters. You can make a funny joke about it, but you cannot seriously explicate it. This is significant because the issues and concerns confronting us today—from climate change and healthcare to terrorism and immigration—are exceedingly complex, and talking about them 280 characters at a time ensures that we will never develop workable solutions. You cannot fix a problem that you do not actually understand.

Second, Twitter does not invite serious contemplation and thoughtful consideration. Generally speaking, people do not spend hours carefully crafting 280-character messages. They just fire them off – often in the “heat” in the moment. This is due to the structural properties of the platform, whose simplicity of use, invites impulsivity. People can tweet from virtually anywhere at any time. Writing a book, by contrast, requires considerable time, effort, and resources. Books are written, reviewed, rewritten, and edited. Tweets are, well, tweeted – usually with no forethought and reflection. As such, Twitter frequently contributes to misunderstanding and escalates sensitive situations.

Third, while there are, no doubt, positive and civil messages on Twitter, research concerning the platform points to three interrelated findings that privilege incivility. First, Twitter usage is positively correlated to the personality traits of narcissism, Machiavellianism, and psychopathy. Second, people are more likely to communicate in uncivil ways when the target of their message is not immediately present. Third, negatively-toned messages travel both farther and faster on Twitter. Consequently, while it is certainly possible to be civil on Twitter, the medium is biased toward incivility. So, is it any wonder that our politics have become so divisive and mean-spirited?

The traits of simplicity, impulsivity, and incivility ensure that we are not having sophisticated, thoughtful, and civil conversations on Twitter. To be clear, I am not anti-Twitter. The structural biases of any medium make it ill-suited for some types of communication and well suited for others. Twitter, for instance, may be the most effective emergency alert system ever created. It is ideal for conveying simple messages quickly and widely. But it is exceptionally ineffective at fostering meaningful and mature public deliberation. Choosing the right tool is essential to successfully performing any task. You would not use a screwdriver to dig a ditch, and you should not use Twitter to conduct national and international politics.

Unfortunately, other social media platforms like Facebook do not serve us much better. There are several reasons for this. First, they overwhelmingly expose us to information we already agree with, leading to confirmation bias. Second, much of the information they spread is unreliable (and even propagandistic). Third, social media are designed to elicit emotional rather than rational responses from us.

For these reasons, as we enter the 2020 campaign season, it is absolutely crucial that we look outside social media for our news and information, that we actively seek out serious and sustained discussions of public issues, and that we remember social media was never designed to conduct our politics.