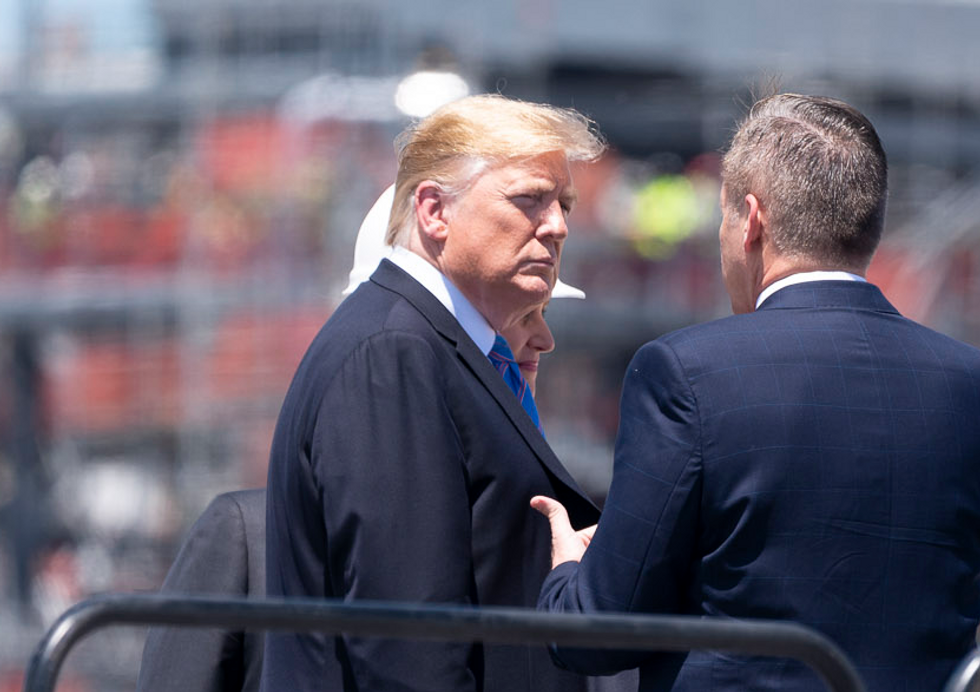 With the 2020 Democratic primary race heating up, many political pundits frame their discussion of the upcoming election around the question: Who has the potential to defeat President Donald Trump?

While this is certainly a question on voters' minds, it's not the best framing to understand the 2020 election. In reality, Trump's presidency is flailing, and the question really should be: What could the president do to turn around unimpressive approval ratings?

But many pundits and politicians alike seem to think that the fact that the economy's fundamentals are relatively strong means anyone seeking to oust the president is fighting an uphill battle. This is the conventional wisdom that the phrase "It's the economy, stupid" is based on. And historically, the economic conditions have seemed to play a significant role in determining presidential elections. Fundamentally, when the economy is weak and languishing, voters look for change, and when it is strong and growing, they're happy to maintain the status quo.

Trump himself has seemed to endorse this view. “I’ll be running on the economy,” he said earlier this month. And for most past presidents, this would essentially have been enough. Barack Obama's 2008 victory is plausibly seen as a direct result of the catastrophic economic conditions at the end of GOP President George W. Bush's term.

Trump, however, breaks this mold. As a new poll from Quinnipiac University found, many Americans aren't crediting Trump with a strong economy.

“The nation’s economy is pretty darn good and President Donald Trump’s approval numbers are pretty darn awful,” explained Tim Malloy, assistant director of the poll. “So what to make of the good news, bad news mashup and how to correct it? For the moment, the disparity leaves the president on shaky re-election ground.”

The poll found that 22 percent of people think the economy is "excellent," while 49 percent say it is "good."

"The total 71 percent for 'excellent' and 'good' is the highest total number for American voter attitudes on the economy in almost 18 years," read a press release from the poll.

But when asked specifically about Trump's performance on handling the economy, the poll found the public was split. 48 percent of people approved of the president's economic job performance, while 45 percent disapprove.

What does this tell us? It suggests many people think the economy is good, but they aren't giving Trump much credit for it. However, some people think Trump's economic performance is good but still think he is a bad president overall. This poll found that 38 percent of Americans approve of the president, while 57 percent approve. (FiveThirtyEight, which aggregates polls for a more balanced assessment, found at publication time that Trump had a 41.5 percent approval rating and a 53.7 percent disapproval.)

All this data suggests that Americans actually have a more complex view of the economy, the country, and the economy, than the naive pollster's dictum would suggest. People can believe the economy is good but also that the unemployment rate is not mainly a function of the president's leadership. Others seem to think that the president is doing a fine job enacting economic policy, but that he is a bad president all things considered. These are reasonable, nuanced opinions to hold.

It's important to always keep in mind that polls are just a snapshot of the present, and circumstances could turn in the president's favor. A weak opponent or some unforeseen event could give his 2020 election chances a big boost. And it's possible the pressure of an upcoming election will cause voters to reconsider their views on Trump and the economy, and he'll get more of a lift than we're seeing currently. But right now the economy is, in the views of most Americans, quite healthy — and there's just little evidence to think that Trump is sailing to re-election.

Because many pundits concluded that it was impossible or very unlikely for Trump to win in 2016, many convinced themselves after the election that they should have treated Trump more like a regular politician. But Trump won the 2016 Republican primary precisely because he wasn't a normal politician, and then he won in the general election despite the fact that he wasn't a normal politician. And right now, Trump is still deeply unpopular, as he consistently has been, despite relatively good economic news.

It's really not too surprising. Political commentators have somewhat become acclimated to the status quo, but Trump's incessant tweeting, attacks on opponents and his own administration, pettiness, immaturity, belligerence, eradicate tendencies, and his propensity to amplify the country's divisions rather than minimize them all likely contribute to his persistently low approval numbers. If you could largely ignore the president in your daily life, you might be more likely to simply use your feelings about the economy as a proxy for your feelings about him. But when he constantly makes every issue about him and ratchets up the polarization on nearly topic issue he touches, Trump reminds us that there's a lot more to leading the country than overseeing employment and economic growth. And most people just don't like what he's done to the presidency.