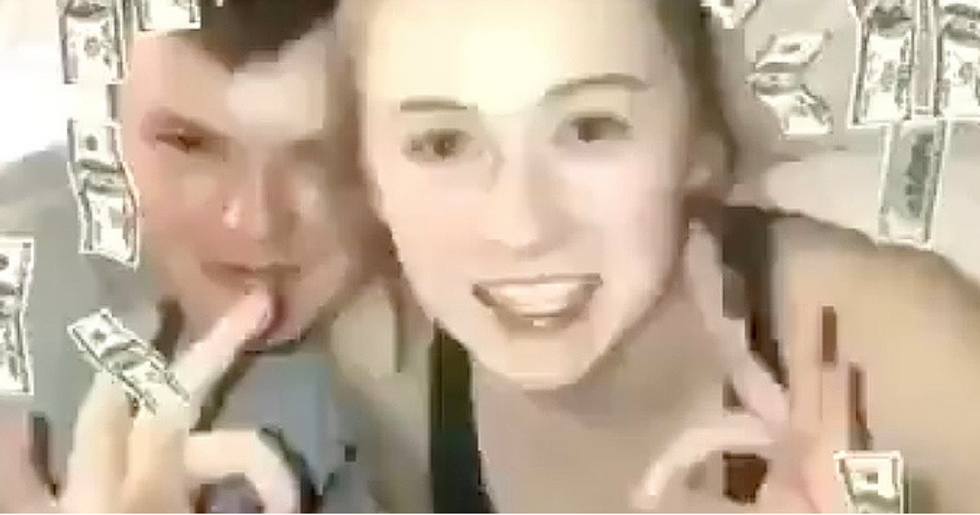 David Badash
and
The New Civil Rights Movement
May 10, 2019

The Trump-linked right wing conservative college group Turning Point USA has removed the president of its University of Nevada, Las Vegas chapter after he appeared in a viral "white power" video.

TPUSA-UNLV president Riley Grisar appears in the video making the "OK" hand sign "employed by many in the alt-right, and then saying 'white power' twice," Talking Points Memo reports.

“We’re going to rule the country. White power,” yells an unnamed woman sitting next to him in the video. “Fuck the n******,” she says repeatedly.

TPUSA founder Charlie Kirk is good friends with Donald Trump Jr., and the two have campaigned for the president together. Kirk also once interviewed President Trump.

Turning Point USA has had more than its fair share of racist and extremist controversies. Its now-former communications director, Candace Owens, was excoriated after appearing to defend Adolf Hitler, telling a group in London that he just wanted to make Germany great and his "problem" was his "dreams outside of Germany." She did not mention the millions of German Jews he massacred, not to mention the millions of others inside and outside Germany's borders he slaughtered.

The far right wing group was created with funding from Christian right billionaire Republican donor Foster Friess. Friess is likely best known for telling NBC News' Andrea Mitchell that "this contraceptive thing, my gosh, it's so – it's such – inexpensive, you know, back in my days, they used Bayer Aspirin for contraception. The gals put it between their knees and it wasn't that costly."