Trump reveals just how terrified he is of Biden with furious storm of 58 blind-rage, rapid-fire tweets 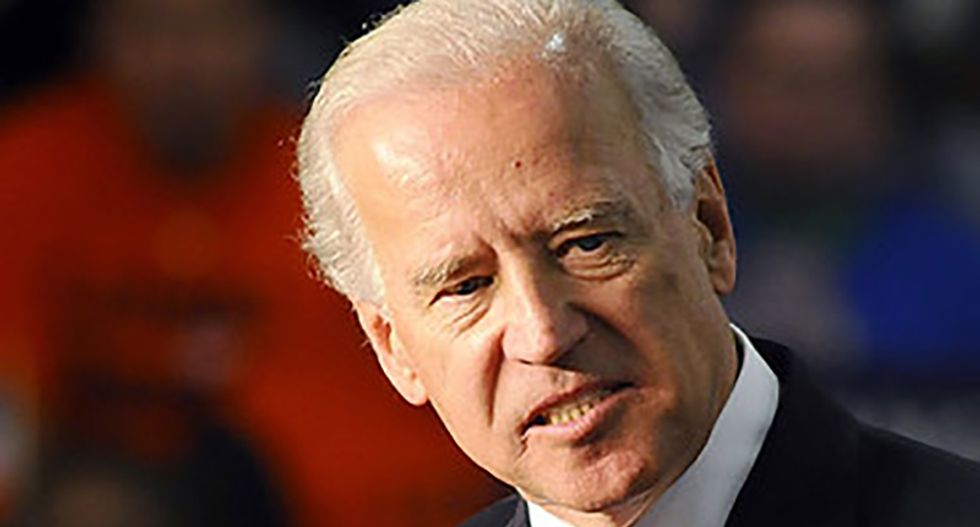 "Joe Biden" by sagabardon is licensed under CC by-nc 2.0
David Badash
and
The New Civil Rights Movement
May 01, 2019

Bongino had tweeted a "Fox & Friends" segment, saying, "NONE of the Firemen I know are supporting Joe Biden for President," in response to the endorsement the former vice president picked up from the nation's largest fire fighters union.

Trump blindly included this one – note the user's name:

But it's clear what his massive tweetstorm shows is just how terrified, scared, alone, and abandoned President Trump is feeling. He's so desperate to find supporters to reinforce his ego and sense of self that he's literally retweeting an anonymous Twitter account with the name "Fuck Donald Trump," that has a Bernie Sanders 2020 logo for an avatar, because it says something positive about him.

Going after a powerful union to attack a Democrat who may or may not become the nominee is an interesting strategy too, as veteran journalist Jim Roberts noted:

And NBC News reporter Mike Memoli notes that – contrary to Bongino's anecdotal experience, the fire fighters union that endorsed Biden asked its members who they supported. It was Biden.

IAFF Gen. President Schaitberger told me this week that as part of their primary endorsement process, they conducte… https://t.co/ZIp2tbrr76
— Mike Memoli (@Mike Memoli)1556713979.0

Biden is way ahead in the polls. He's beating all the other Democratic candidates out of the gate, by double digits in the latest polls.

And that terrifies Trump.