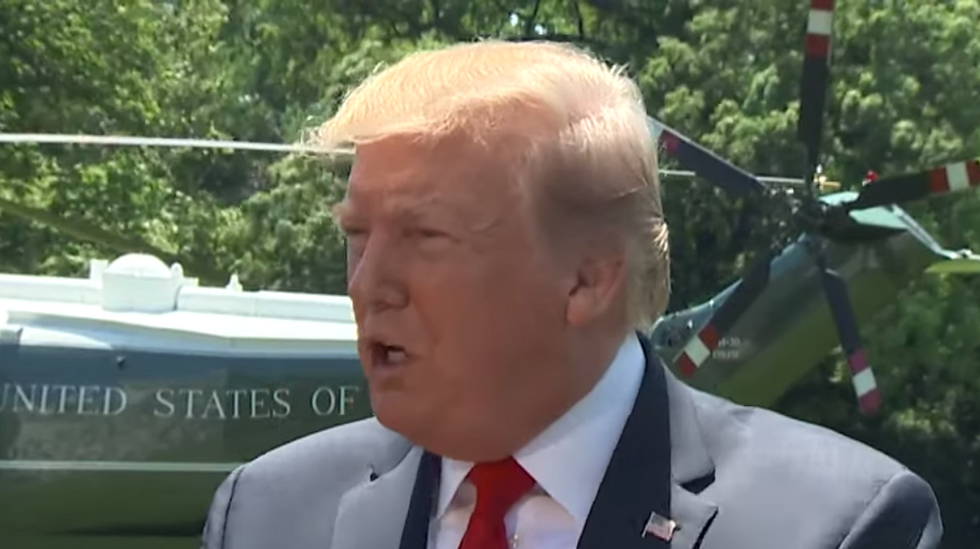 President Donald Trump confirmed Friday that he's sending 1,500 troops to the Middle East, ostensibly in an effort to protect from what the administration says are increasing threats from Iran. But there remain major open questions about the real extent of any increased threat from the regime, and the administration's moves indicate little willingness to deescalate the growing tensions.

And at the same time, Pentagon officials are acting cagey and unwilling to go on the record. Kevin Baron, a Pentagon reporter, noted that the Defense Department called a press briefing on Friday with only one hour's notice to discuss developments in the Iran situation. But the briefing itself was off-camera, and the key senior officials who would be speaking refused to let themselves be named. And, as Baron pointed out, all this was happening on the Friday before a holiday weekend. Erin Banco, a reporter for the Daily Beast, noted that there wouldn't even be a read out given to reporters who were unable to attend the last-minute briefing.

Why is this all suspicious? It gives the impression that the officials speaking on the administration's behalf are afraid of being held accountable for what they say in public. They're doing their jobs, but they want to do it the least public way possible. That suggests they have less than full confidence in the administration's conclusions and actions.

Questioned by reporters Friday afternoon, Trump said the deployment will be "a relatively small number of mostly protective and some very talented people." He added: "It’ll be about 1,500 people."

The new deployment includes Patriot missile batteries, reconnaissance aircraft and accompanying necessary forces to provide further deterrence against what the Pentagon believes is a rising Iranian threat against US troops in the region, according to the official and another US official directly familiar with the deployment proposal.

The Trump administration is also considering using a pre-existing rule that would allow it to expedite arms sales to Saudi Arabia, Tehran's regional foe, as part of its effort to counter Iran, according to two US officials.

As I've argued before, the administration's case for ramping up its aggressive posture toward Iran appears to be based on thin and flimsy evidence. But if a conflict is what Trump — or more plausibly, National Security Adviser John Bolton — wants, the escalations on the U.S. side could become a self-fulfilling prophecy. By acting like Iran is a threat, we may inspire it to become the threat that we say we fear.

These suspicions have only been bolstered in recent days. Democratic lawmakers who have been briefed on the intelligence the administration is citing as evidence of the Iranian threat do not appear to buy the spin.

“I truly believe that the intel is being misinterpreted and misrepresented by Secretary Pompeo, by Bolton and other people that do want us to go to war in Iran as a repeat to Iraq,” Arizona Democrat Rep. Ruben Gallego said Tuesday after a briefing.