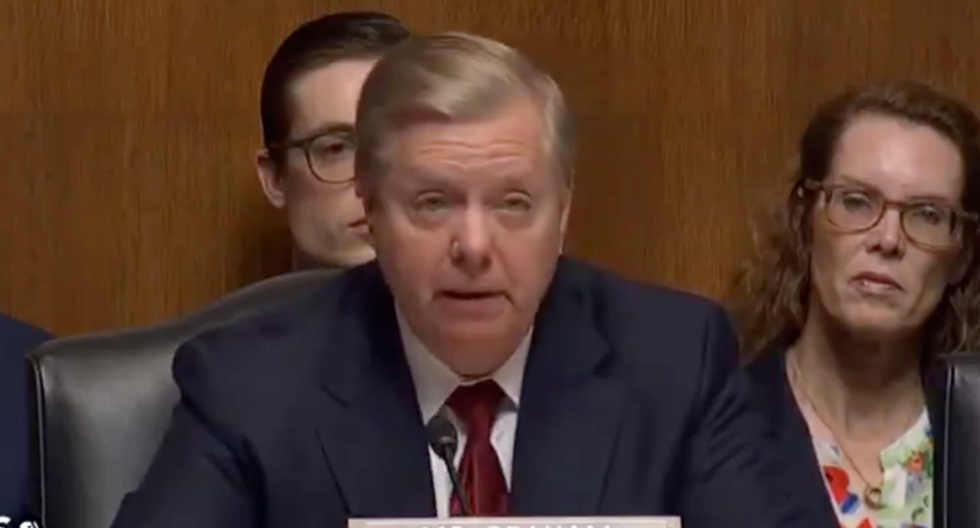 Image via Screengrab.
Travis Gettys
and
Raw Story
May 01, 2019

The chairman of the Senate Judiciary Committee defended President Donald Trump from an investigation by special counsel Robert Mueller, and he used strong language to accuse the president’s enemies of trying to undermine his presidency.

Graham read from some private text messages exchanged by former FBI agents Peter Strzok and Lisa Page, who criticized Trump during conversation with one another, during the 2016 campaign.

“‘Just went to the southern Virginia Walmart, I could smell the Trump support,'” Graham read. “October the 19th, 2016: ‘Trump is a f*cking idiot, he’s unable to provide a coherent answer.'”

The profanity aired on cable and broadcast networks.

“Sorry to the kids out there,” Graham said. “These are the people that made a decision that (Hillary) Clinton didn’t do anything wrong, and that counterintelligence investigation of the Trump campaign was warranted. We’re going to, in a bipartisan way, I hope, deal with Russia, but when the Mueller report is put to bed — and it soon will be — this committee is going to look long and hard at how this all started.”