Trump allies warn: ‘If you touch Don Jr our base will come after you’ 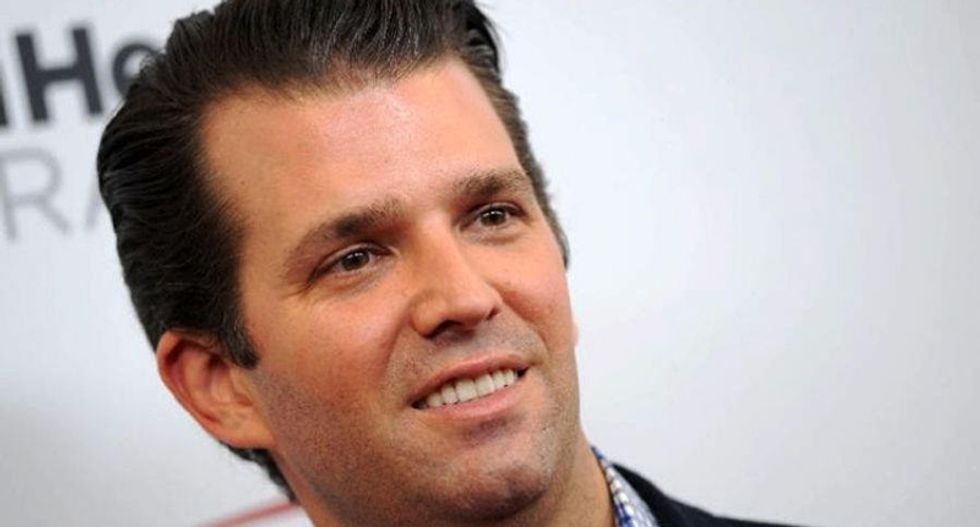 Republican senators are rallying around Donald Trump Jr. after one of their colleagues issued him a subpoena — and he plans to fight it tooth and nail.

President Donald Trump’s son doesn’t intend to show up to answer questions from the Senate Intelligence Committee about apparent falsehoods in his previous congressional testimony, which would then set off a constitutional showdown, reported Axios.

Defying the subpoena would essentially dare Sen. Richard Burr (R-NC), the committee’s chairman who issued the order, to hold the president’s eldest son in contempt, but Trump Jr. could also plead the Fifth Amendment in writing or, most likely, reach a compromise to answer the panel’s questions in writing.

In the meantime, a Trump ally explicitly warned the Senate’s GOP majority to stay away from the president’s son.

Trump Jr.’s strategy fits in with the broader strategy his father’s administration has pursued since Democrats took control of the House, according to an outside White House adviser.

“Trump’s statement that they will not comply with the subpoenas and document requests was not posturing or an opening negotiating position,” that adviser told Axios. “It is administration policy.”