'This is a war for our culture': Ex-Trump aide blows up over gay cartoon characters 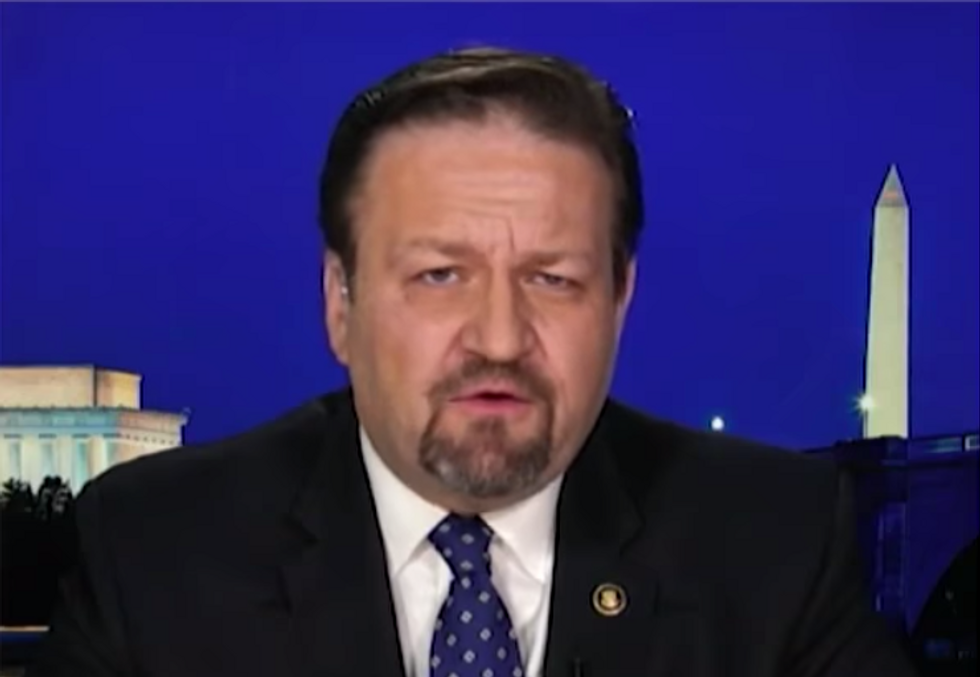 Fox News
Matthew Rozsa
and
Salon
May 15, 2019 The Right Wing

Sebastian Gorka, a former editor at Breitbart and aide to President Donald Trump, denounced a recent episode of the children's TV show "Arthur" depicting the same-sex marriage of a major character.

"This is a war for our culture, and that’s why we exist here on ‘America First’ on the Salem Radio Network," Gorka said.

During Monday's season premiere, Arthur's third-grade teacher Nigel Ratburn married a local chocolatier named Patrick. While most viewers would have interpreted this as an innocuous message — one that simply explained to young people that there is no meaningful difference between a same-sex marriage and one between partners of the opposite sex — Gorka insisted it had a more sinister message.

Gorka also pointed out that "my children used to watch ‘Arthur’ 15 years ago, about a rodent-like creature that lived and had fun in his cartoon world. The new season of ‘Arthur’ will have one of Arthur’s teachers at school — a male teacher, married to a fellow male rodent."

This is not the first time that Gorka's far right political views have resulted in controversy. When he was first appointed to the National Security Council by Trump, critics brought up that he had been criticized while teaching at Marine Corps University in a non-government position for offering views about Islam that were overly simplistic. Instead of bringing an informed knowledge of the Islamic faith and Muslim history, he characterized Islam as being overly-militaristic, and in the process, "confirmed the officers’ prejudices and assumptions," according to one assistant professor.

Gorka also has a history of working with openly racist and anti-Semitic figures. These included being involved with a protest group known as the Hungarian National Committee in 2006, which was led in part by László Toroczkai, who referred to Jews as "Galician upstarts" who "are sucking on our blood, getting rich off our blood"; helping found the New Democratic Coalition political party in 2007, which included among its co-founders avowed anti-Semites Tamás Molnár and Attila Bégány; and writing articles for a newspaper known as Magyar Demokrata in 2006 and 2007, even though its editor-in-chief was prominent anti-Semite András Bencsik. He also swore a lifetime oath of loyalty to Vitézi Rend, a group founded by Admiral Miklos Horthy and which governed Hungary from 1920 to 1944, during which Horthy worked with Nazis and passed a number of anti-Semitic laws. Although two groups claim to be the legitimate successors of Vitézi Rend, Gorka is part of the one that openly embraces Horthy's original ideology.

Gorka once notably defended Trump when he was accused of omitting references to Jews from Holocaust Remembrance Day, saying "of course it’s about the Holocaust because that’s what the statement’s about. It’s only reasonable to twist it if your objective is to attack the president."