'There was no motion!': Watch chaos erupt in the Alabama Senate as right-wingers try to force through a draconian anti-abortion law 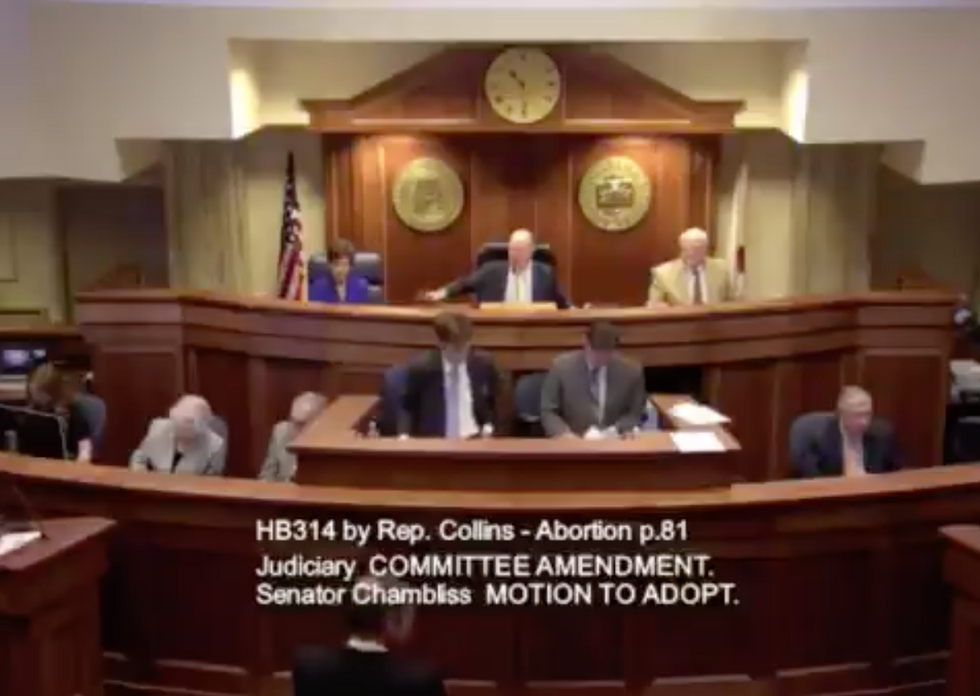 The Alabama State Senate erupted into chaos on Thursday morning when Republicans tried to ram through an anti-abortion bill that would criminalize abortion in that state and allow for punishments of up to 99 years in prison for doctors who perform abortions.

Alabama’s state senate is dominated by Republicans, and Senate Minority Leader Bobby Singleton (a Democrat) objected vehemently when Republicans tried to strip away an exception for rape and incest from the bill. Singleton angrily shouted that one of his Republican colleagues “didn’t even make a motion” when trying to ram the bill through.

But the Alabama Senate calmed down after moments of shouting and chaos, and Sen. Vivian Davis Figures (a Democrat representing Mobile) told Lt. Gov. Will Ainsworth (who presides over the Alabama Senate) that even though the bill was no doubt going to pass, Republicans should at least give Democrats the courtesy of a roll call vote.

“I know you all are for this bill, and I know this bill is going to pass,” Figures told Ainsworth and other Republicans. “You’re going to get your way. But at least treat us fairly and do it the right way. That’s all that I ask. That’s all that my Democratic colleagues ask.”

Sen. Del Marsh, a Republican, moved to delay an Alabama Senate vote on the bill until next week. Marsh supports the bill but unlike other anti-abortion Republicans in the Alabama Senate, favors an exception for rape.

The bill was passed last week by 74-3 in the Alabama House of Representatives, which is also dominated by Republicans.