The rise of the European far right: Here are some of the worst authoritarian far-right parties and politicians in Europe 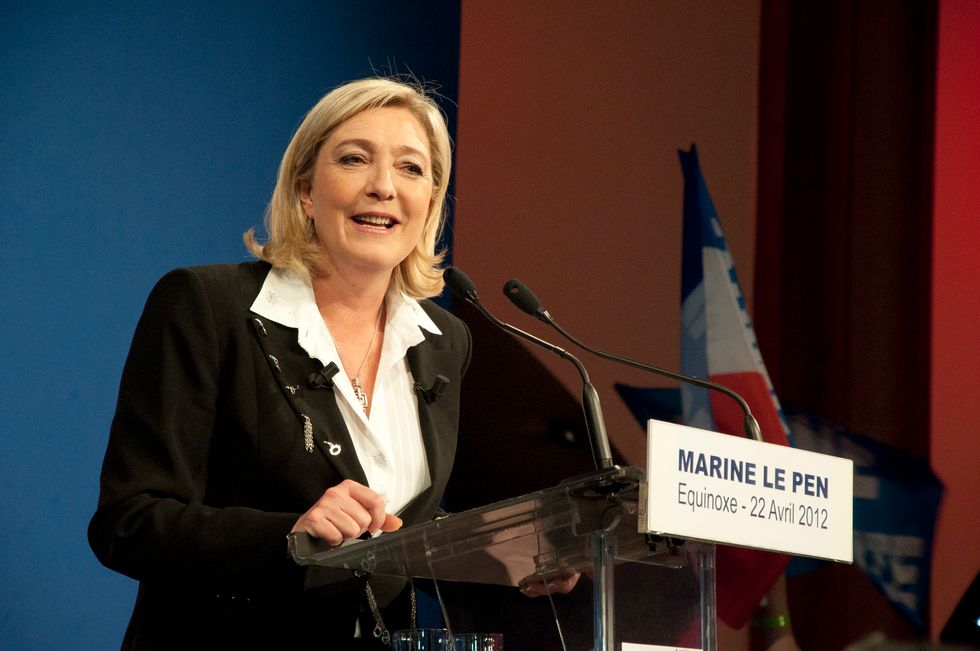 A major political bombshell came on Friday morning, May 24, when U.K. Prime Minister Theresa May—frustrated over her inability to get a Brexit plan through Parliament—announced her resignation, effective June 7. Brexit has been championed in the U.K. by a variety of political figures, from liberal/progressive Labour Party leader Jeremy Corbyn to right-wing Nigel Farage (former head of the Independence Party and an avowed ally of President Donald Trump). But the specifics on how the U.K. will exit the European Union (EU) have been hotly debated, with some British politicians favoring a “hard Brexit” (a total disconnect from the EU) and May favoring more of a “soft Brexit.”

Brexit has underscored an isolationist, nationalist trend in European politics. Some of that isolationism is coming from the left, and some of it is coming from the right—including the far right. And a coalition of European far-right parties have formed an alliance, meeting in Milan, Italy on May 18 to discuss strategies for increasing their influence in the EU Parliament. How far they will ultimately get remains to be seen, but the May 18 meeting underscored the fact that the type of far-right nationalism championed in the United States by President Donald Trump, paleoconservative Patrick Buchanan and Trump ally Steve Bannon (formerly of Breitbart News) has an audience in Europe.

Here are some of the most disturbing far-right parties and politicians in Europe.

The fact that Bannon and Trump have been enthusiastic cheerleaders for French politician Marine Le Pen and the National Front Party (or Le Front National in French) speaks volumes; they clearly see a parallel between Le Pen’s 2017 presidential campaign and the anti-immigrant “America first” nationalism and authoritarianism that Trump has promoted in the United States. When Le Pen lost to neoliberal President Emmanuel Macron in 2017, it was described as a landslide defeat: Macron defeated Le Pen by 33%, receiving 66% of the vote. But the fact that a white nationalist won one-third of the vote in a French presidential election two years ago is hardly comforting.

The 50-year-old Marine Le Pen is the daughter of Jean-Marie Le Pen, the Holocaust denier and raging anti-Semite who founded the National Front. And she has made an aggressive effort to clean up National Front’s image, not unlike former KKK member David Duke trying to make white supremacists seem more “dignified” and polished in the U.S. But the National Front, despite toning down some of its rhetoric, remains a white nationalist party—and Le Pen hardly sounded sad or melancholy when she gave her concession speech in 2017. She sounded energized and was happy that her party has made as much progress as it has. The National Front went from being the lunatic fringe in French politics to winning one out of three votes in the final round of a presidential election.

In 2017, Australian Chancellor Sebastian Kurz was elected on a nationalist “Austria first” platform that was decidedly anti-immigrant and anti-Muslim—and Austria’s political environment became even more toxic a few months later when Kurz’ coalition formed an alliance with the far-right Freedom Party and its leader, Heinz-Christian Strache, became vice-chancellor under Kurz. The power that white nationalists and the far-right have in Austria’s federal government has become so disturbing that government intelligence in the U.K., the Netherlands and Germany are wary of sharing intelligence with Austria for fear that it could wind up in the wrong hands—namely, Russian hands. The Freedom Party is quite friendly with Russian President Vladimir Putin.

Once a communist country and part of the Eastern Bloc, Hungary has gone from the far left to the far right. And Prime Minister Viktor Orbán is way beyond conservative; he’s far-right, pushing white nationalist and anti-immigrant themes and promoting the racist Great Replacement Theory—which claims that non-whites are seeking to “replace” whites. In 2017, the Great Replacement Theory was a prominent theme at the infamous Unite the Right rally in Charlottesville, Virginia, where racists were shouting, “Jews will not replace us.”

Bannon has been spending a lot of time in Europe, promoting everyone from Orbán to Le Pen and trying to convince Europeans that Donald Trump has their best interests at heart.