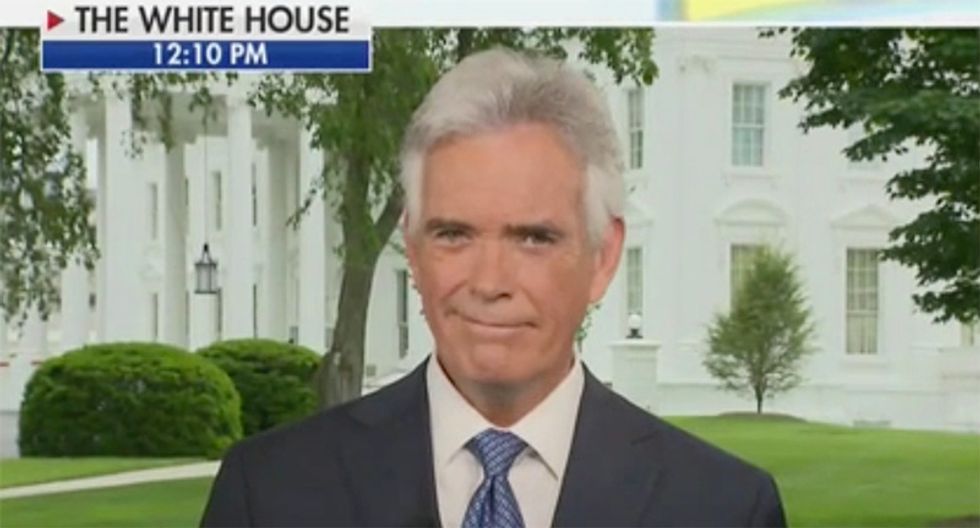 Image via Screengrab.
Eric Dolan
and
Raw Story
May 22, 2019 Video

John Roberts, the White House correspondent for Fox News, said Wednesday he was shocked to see President Donald Trump quickly end a meeting with Democratic leaders – then hold a press conference to complain about their comments.

“We believe that the president was in the meeting with the House speaker and the Senate minority leader and then we learned they had left literally just minutes after they arrived.”

Roberts said Trump was “clearly incensed” that House Speaker Nancy Pelosi (D-CA) had accused him of being engaged in a “cover up.”

Trump believes Pelosi “stabbed him in the back” just before the infrastructure meeting, Roberts added, claiming the president offered to continue negotiations “when the investigations are over.”

“That was basically it. It was all over with.”

“The president is obviously fuming about the fact that the Democrats were coming over here for what the president thought was going to be a bipartisan meeting on infrastructure, [they] dropped that bomb just before they came over and expected everything to be okay,” Roberts later added.