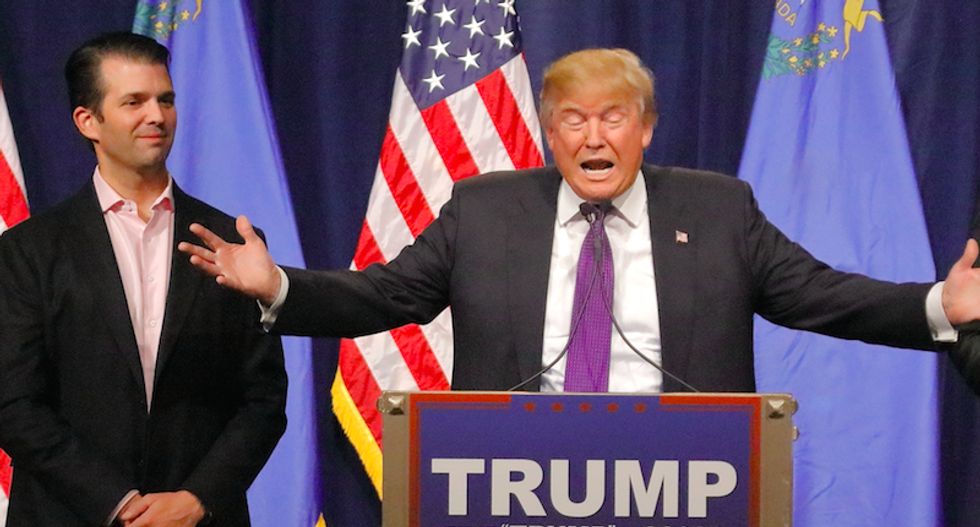 That pesky, annoying caboose of legal problems for Donald Trump continues to move through the federal courts, thanks to a decision last week.

While Trump faces attacks on his taxes, his business practices and ethics, and the findings of the Mueller Report, this challenge focuses on the idea that Trump continues to bank profits from his hotel business while serving in the White House, an alleged abridgment of the “emoluments” clause of the Constitution.

U.S. District Judge Emmet Sullivan in Washington denied a Justice Department request to dismiss the lawsuit, filed in 2017 by Connecticut Senator Richard Blumenthal and 200 other members of the House and Senate who claim Trump is violating the Foreign Emoluments Clause of the Constitution by doing business with foreign governments through his hotels.

As summarized by Fortune Magazine, the judge’s ruling would allow the Democrats to start seeking financial records from the Trump Organization in a pre-trial exchange of information. The Justice Department can try to block that by appealing the ruling. Trump is already fighting congressional subpoenas for his tax information in court and has vowed to fight “all subpoenas.”

Sullivan in September ruled the Democrats have legal standing to pursue their claim, and held off deciding on the merits. Last Tuesday’s 48-page decision gives a detailed explanation for siding with the Democrats in a fight they say is crucial for battling corruption by the Trump White House.

As part of the clash, Democrats using a broad definition of emoluments to cover profits from Trump’s businesses and Trump seeking a narrow meaning. Sullivan said the Democrats had the more convincing argument.

Trump’s definition “disregards the ordinary meaning of the term as set forth in the vast majority of Founding-era dictionaries,” Sullivan said in his ruling. The judge also said Trump’s definition “is inconsistent with the text, structure, historical interpretation, adoption, and purpose of the clause; and is contrary to executive branch practice over the course of many years.”

Democrats argued the word is broadly defined “as any profit, gain or advantage.” The president countered that an emolument would be, for example, a payment from a foreign government for an official action or a salary from a foreign power.

The clause says that certain federal officials, including the president, can’t accept an emolument from “any King, Prince, or foreign State” without “the Consent of the Congress.” The congressional Democrats are seeking an order compelling Trump to notify Congress when he’s offered an emolument, giving them the option to vote on whether he can accept it. Blumenthal has called the emoluments clauses the Constitution’s “premier anti-corruption provision.”

Trump said he stepped down from running his $3 billion empire but retained his ownership interests, a decision the Democrats say violates the Foreign Emoluments clause because he’s getting payments from foreign governments without congressional approval.

While the Democrats claimed they’re being denied the right to vote on the benefits, attorneys for the president say the matter should be resolved in Congress, not in court.

Meanwhile, Reuters has an interesting report about what appears to be another Emoluments Clause controversy. This one aims at how Trump has allowed at least seven foreign governments to rent luxury condominiums in New York’s Trump World Tower in 2017 without approval from Congress, according to documents and people familiar with the leases, a potential violation of the U.S. Constitution’s emoluments clause.

The Emoluments Clause controversies started out as debates among legal scholars regarding provisions of the Constitution that had not been interpreted by any court of record in the United States since the adoption of the Constitution itself. Over the past two years, though, the issue that the two clauses raise has given rise to litigation across the nation and allegations of self-dealing and what amounts to what some might call influence pedaling through Trump’s businesses in a form that has never been seen with any previous president.