The case against voting for charisma 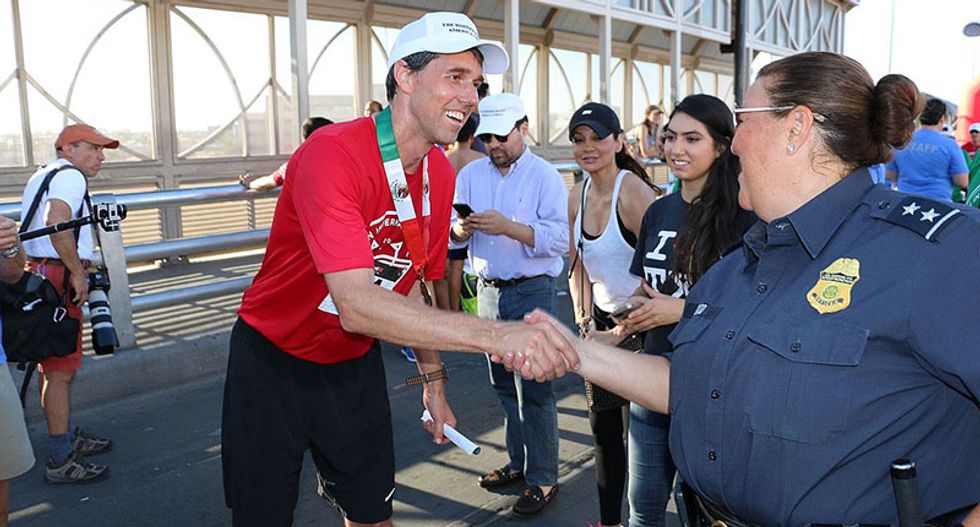 But lately, the personality characteristics associated with charisma are seemingly more important to voters than a candidate’s experience or stance on issues.

Right now, in the run-up to the 2020 election, Democratic voters are very focused on electability. Charisma is a crucial consideration in discussions about who can beat Donald Trump.

The problem is, focusing on charisma is a terrible idea.

Charisma matters now more than ever for two reasons.

First, politicians are now packaging themselves as Instagram-ready personal brands. And second, people in more individualistic cultures value leaders’ charisma more, and America is becoming increasingly individualistic. This means that charisma, rather than performance, may play an increasing role in how leaders are evaluated.

This explains why commentators were so focused on Hillary Clinton’s lack of charisma, and why her weeds-y white papers couldn’t beat a few three-word slogans from a reality TV star.

As a scholar whose teaching and research addresses the ethics of leadership, I believe that following charisma is a mistake because charisma has very little to do with the things that voters should care about when choosing political leaders, like their character and ability to govern.

The first problem with charisma is the way that it disproportionately benefits some kinds of candidates and disadvantages others.

A substantial part of Beto O’Rourke’s appeal is his youthful capacity to stand on countertops and swear on TV.

Joe Biden is also betting on charisma, hoping that his “Uncle Joe” persona can match Trump’s own charisma with working-class whites.

On the other hand, a “boomer-level lack of charisma” is one of Elizabeth Warren’s biggest hurdles. And come to think of it, it’s also a hurdle for other women on the campaign trail: There’s Amy Klobuchar, who has been called “angry, harsh, and frankly abusive”; and Kirsten Gillibrand, who has been described as “a whole lot of blah.”

Meanwhile, Kamala Harris, who has been mocked for her warmth and connection with voters, evidently has the wrong kind of charisma for being taken seriously.

Research confirms that factors like a leaders’ appearance, race and gender matter a lot for perceptions of charisma.

Social scientists say men display more confidence in their leadership abilities, which reads as charisma. People view taller men as more charismatic than shorter men, and they do not view Asian men as being as charismatic as white men.

And while psychologists do sometimes find that female leaders are perceived as more charismatic than their male counterparts, the measures of charisma researchers use gives a false impression because they track things like perceived emotional intelligence rather than perceived leadership ability or overall likeability.

Also, studies of women and charisma often compare female leaders to male leaders at the same level, which may indicate that women must display these traits to a greater extent than their male counterparts in order to succeed, not that women are more generally perceived to be more charismatic.

In light of the uneven way that perceived charisma benefits leaders, the journalist Rebecca Traister writes, “It’s worth asking to what degree charisma, as we have defined it, is a masculine trait” and proposes that “We should reevaluate magnetism’s importance.” Elsewhere, Traister calls out the emphasis on electability, which is related to charisma, as “a purported science that is actually a tool to reinforce bias.”

One could respond that following charisma makes sense. Since voters are more likely to be persuaded by a charismatic leader’s message, and persuasive abilities are an important aspect of effective communication, charismatic leadership is valuable.

But that’s not what’s going on here.

Researchers have found that people assess charismatic leadership based on as little as five seconds of nonverbal communication.

Other researchers find that a person’s perception of charisma is more influenced by someone’s delivery of their message than the content of what they are saying.

And charisma can often backfire. Overconfidence can be detrimental to leaders’ performance, especially because charismatic leaders have a tendency to overreach and misjudge their capabilities.

The moral risk of charisma

I have argued that charisma distracts people from focusing on the reasons in favor of a leader or their policies.

Instead, charisma prompts people to focus on a candidate’s appearance or extraneous aspects of their personality rather than engaging in independent moral deliberation about the leaders’ qualifications or policy proposals.

So even if Beto or Biden is the right man for the job, if a voter supports one of these candidates because they like the cut of his jib rather than the breadth of his policy vision, that voter is making a mistake as a citizen.

This is because voters have civic duties to decide who they support based on the issues. As the philosopher Jason Brennan argues, if a person decides to vote, they have a duty to vote well.

And while philosophers disagree about exactly what voting well means, they generally agree that it involves voting on the basis of reasons that indicate that a person will be a good leader. So when voters give their support based primarily on a candidate’s charisma, their support is not based on the relevant reasons.

Voters are deciding for each other, and as the political philosopher Eric Beerbohm argues, choosing people who will act in our name. So even if individual votes are unlikely to be decisive, collectively, the stakes are high.

In these cases, no matter how appealing a candidate seems, it’s always important to look carefully at the issues. Voting on the basis of charm and charisma alone isn’t worth the risk.