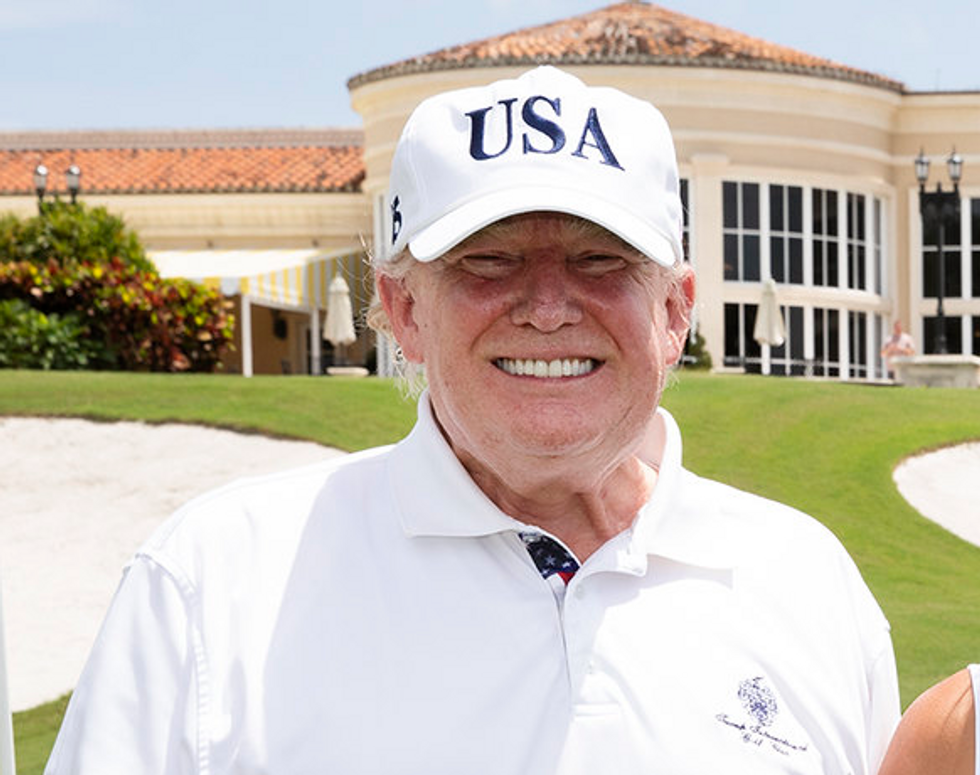 Many of the books and articles that paint President Donald Trump in a negative light focus on his actions in politics or business. But sportswriter Rick Reilly, in his latest book, “Commander in Cheat,” discusses the president’s relationship with golf. And in an interview with Vox’s Sean Illing, Reilly stresses that Trump’s actions playing golf speak volumes about his character.

“We’ve known this guy in the sports world for 30 years,” Reilly tells Illing. “He’s always told people that no one can beat him, that he’s the best of the rich guys. But it’s always been complete bullshit, and everyone knows it.”

Trump, Reilly stresses during the interview, is infamous for cheating at golf—and one time, he blatantly cheated while playing against a father and son pair  According to Reilly, the father, financier Ted Virtue (who held the championship at the Trump International Golf Course in Florida at the time) was playing golf with him when Trump approached them and challenged Virtue.

Trump ended up claiming the son's golf ball as his own. Reilly recalls, “The son is like, ‘That’s my ball.’ But Trump’s caddie goes, ‘No, this is the president’s ball; your ball went in the water.’ Ted and his son look at each other confused, not sure if this is really happening. And Trump’s caddie says, ‘This is the president’s ball. I don’t know what to tell you.’ Trump makes that putt, wins one up, and declares himself the club champion.”

Reilly explains that Trump’s actions in golf show how narcissistic he is, telling Illing, “He just wants to tell people he beat your ass. I asked a psychiatrist, and he said that someone with this kind of narcissism—which is really a personality disorder—they just can’t stand the idea that they’re not number one, that they’re not the best. So they have to make shit up.”

Most people who play golf, according to Reilly, don’t cheat, but Trump is an exception to the rule.

“In reality,” Reilly tells Illing, “the National Golf Foundation says 90% of people don’t cheat when they play. But this guy cheats like a mafia accountant.”

EDITOR'S NOTE: This story has been updated to reflect a correction in the original account. Vox published the following correction:

In an earlier version of this article, the interviewee mischaracterized the age of Ted Virtue’s son who played golf with Trump. All of Virtue’s sons are at least in their 20s, not child-age. We sincerely regret the error.