'So slavery is funny?': CNN guest goes off the rails when he tries to defend Trump's racist tweet 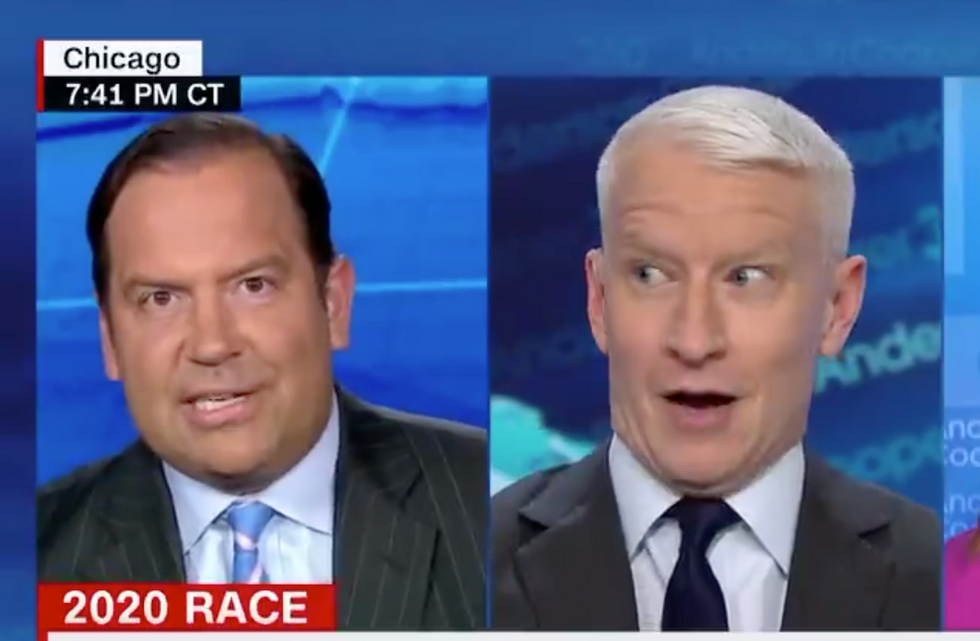 At issue was Trump's retweet of Jerry Falwell Jr.:

After the best week ever for @realDonaldTrump - no obstruction, no collusion, NYT admits @BarackObama did spy on hi… https://t.co/gpCQRutrXs
— Jerry Falwell (@Jerry Falwell) 1557018046.0

Cortes tried defend the idea that the Russia investigation was an "attempted coup."

Powers later pointed out that, in fact, nothing that has happened in the United States since Trump's election is close to meeting the definition of a coup. Even if the Russia investigation had led to Trump's impeachment and removal, it would have meant replacing him with Vice President Mike Pence, his hand-picked successor — which is not how coups work.

Powers then argued that the tweet was also inherently racist, given that it clearly makes light of the current debate about whether African Americans should get reparations for the history of slavery and discrimination in the United States.

"Oh, so slavery is funny?" said Powers. "That's what you're saying?"

"No!" said Cortes, defensively. "Slavery's not — you're injecting slavery into it."