'Send him to jail': Calls to arrest Barr for contempt after he refuses to show up for House hearing 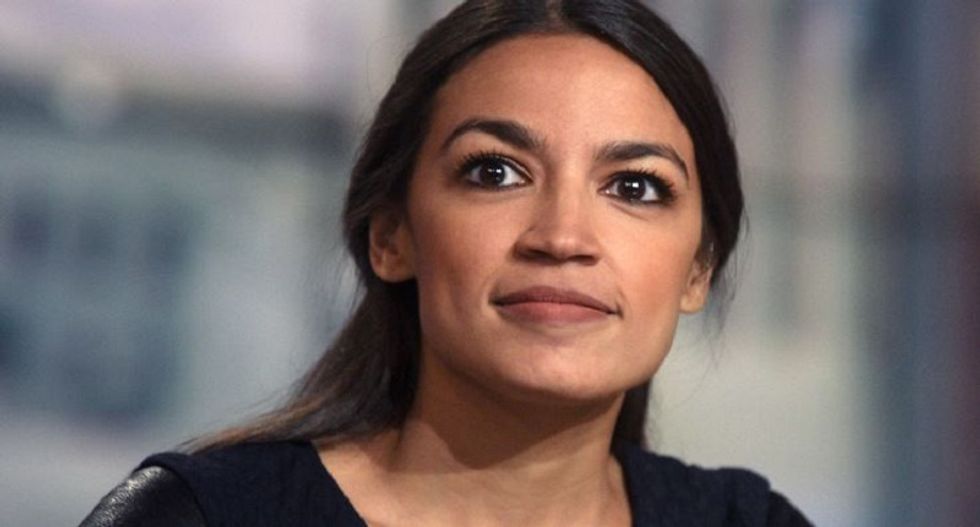 Democrats faced calls to immediately hold Attorney General William Barr in contempt of Congress—and, if necessary, throw him in jail—as Barr refused to testify before the House Judiciary Committee on Thursday.

"William Barr is in contempt," Joel Mathis wrote at The Week. "Congress should send him to jail."

"That's a radical suggestion, but this is a radical moment," added Mathis. "Barr's defiance of the committee isn't happening in a vacuum: It's part of a sweeping effort by President [Donald] Trump's administration to defy nearly all oversight by Congress."

"Pelosi will be faced with two choices: She can let it go. Or the House she leads can impose consequences. Sending Barr to jail for contempt would be a big consequence."

At a press conference following Barr's no-show, Democrats on the House Judiciary Committee took turns lambasting the attorney general for flouting congressional demands by refusing to testify and failing to comply with a subpoena for the unredacted Mueller report.

Rep. Jerry Nadler (D-N.Y.)—chairman of the House Judiciary Committee—told reporters he plans to make "one more good faith attempt to negotiate" with Barr.

Asked directly by a reporter if Barr committed a crime, Pelosi responded, "He lied to Congress."

"And if anybody else did that it would be considered a crime. Nobody is above the law. Not the president of the United States and not the Attorney General. Being the attorney general does not give you a bath to go say whatever you want."

On the question of whether Barr should be arrested, Pelosi stammered slightly, but then said, "There's a process involved here."

Critics argue that the time for negotiating with Barr and Trump is over.

In a column, former Labor Secretary Robert Reich urged Democrats to move beyond issuing subpoenas and get "ready to arrest" the attorney general—a call that garnered support on social media.

"What could the committee do? Hold Barr in contempt of Congress—under Congress's inherent power to get the information it needs to carry out its constitutional duties," Reich wrote. "Congress cannot function without this power."

"Under this inherent power," added Reich, "the House can order its own sergeant-at-arms to arrest the offender, subject him to a trial before the full House, and, if judged to be in contempt, jail that person until he appears before the House and brings whatever documentation the House has subpoenaed."

Mathis echoed Reich's call for firm action in his column for The Week, writing that "there's no point in using incremental half-measures to get [Trump] and his administration to do the right, lawful thing."

"If Barr continues to refuse to testify, Pelosi will be faced with two choices: She can let it go, and accept that Trump will be impervious to any kind of accountability for the remainder of his presidency. Or the House she leads can impose consequences," Mathis wrote. "Sending Barr to jail for contempt would be a big consequence."

Pressure on Democrats to immediately hold Barr accountable comes as a growing number of Democrats—including Rep. Alexandria Ocasio-Cortez (D-N.Y.), Sen. Elizabeth Warren (D-Mass.), and Sen. Kamala Harris (D-Calif.)—are calling on the attorney general to resign over his handling of the Mueller report.

"Barr is a disgrace, and his alarming efforts to suppress the Mueller report show that he's not a credible head of federal law enforcement," Warren, a 2020 presidential contender, tweeted on Wednesday. "He should resign—and based on the actual facts in the Mueller report, Congress should begin impeachment proceedings against the president."