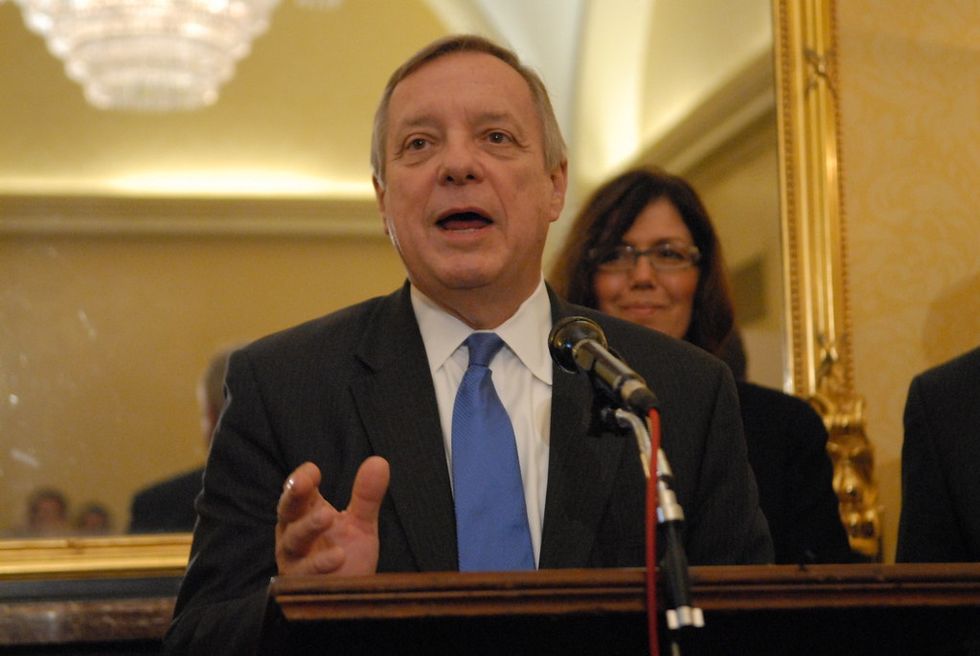 Durbin made the comments after McConnell on Tuesday declared special counsel Robert Mueller’s investigation into Russian interference “case closed” — a remark that received backlash from Democrats and analysts, who noted McConnell’s muted response to election meddling in 2016.

“There are two possibilities,” Durbin said, according to Politico. “He really doesn’t believe it, he doesn’t think the Russians were involved in 2016. He ignores the Mueller report and our intelligence agencies or in the alternative feels the Russians were on the side of the Republicans in 2016 and just might be again in 2020.”

McConnell had tried to paint Democrats as responsible for election interference in 2016, noting former President Barack Obama mocked Sen. Mitt Romney for claiming Russia is the US’ top geopolitical threat.

“Maybe stronger leadership would have left the Kremlin less emboldened. Maybe tampering with our democracy wouldn’t have seemed so very tempting,” McConnell said.

Still, McConnell’s speech ignored his own efforts to obscure Russian interference in the election.