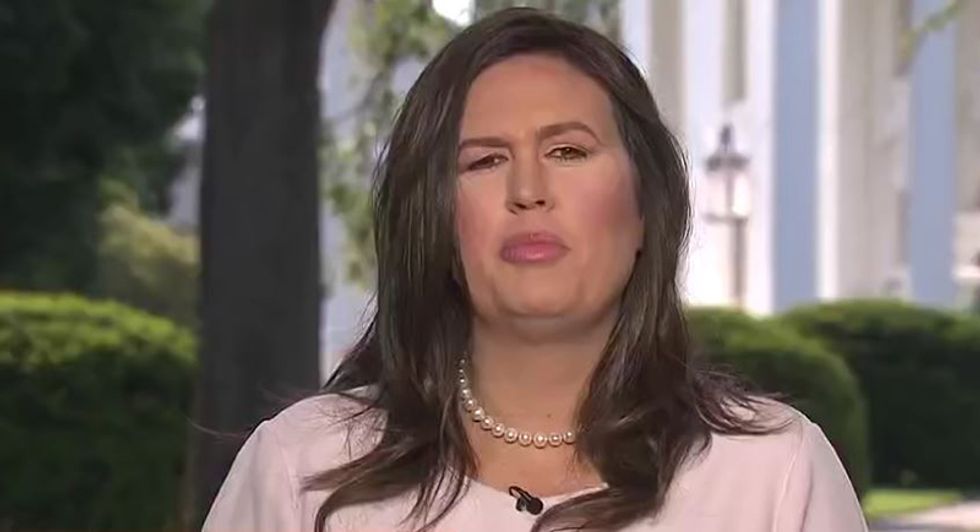 During the interview, Sanders echoed President Donald Trump’s talking points about Democrats not bothering to pass legislation and instead only working to investigate the White House.

Camerota, however, stopped her in her tracks and pointed out that Congress has been passing bills.

Sanders tried to laugh off the hundreds of bills that Congress has passed this year and she said that they weren’t “significant pieces of legislation that… are going to change the course of the country.”

Camerota also fact checked Sanders for her claim that House Democrats have made it impossible to work on an infrastructure package.

“It’s the president who is saying that he can’t do infrastructure while he’s being investigated,” she pointed out. “He is the one who walked out of the meeting.”

Sanders responded by rehashing her previous talking point and claimed that Democrats “are incapable of doing anything other than investigating this president,” even though they have passed hundreds of bills this year that have nothing to do with their investigations.